While most strikes are over pay or conditions, French rail workers in Paris this week went on strike in defence of two colleagues caught sipping rum while directing trains at one of the city’s busiest junctions. 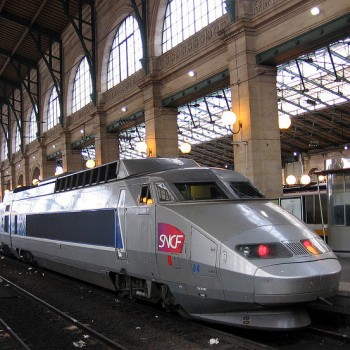 A group of workers were caught sipping rum in February last year, almost causing a serious accident by directing a train in the wrong direction.

The moment was captured on camera by another employee who blew the whistle on the incident.

However instead of condemning the incident, rail workers have rallied to support two employees facing disciplinary acting by holding a 24-hour strik on Wednesday, reducing the number of trains on the J and L lines of the train network by half, Le Parisien reported.

Since the video was published in June, six staff have been disciplined following an internal investigation at SNCF.

Two other employees, an operational manager and a supervisor, were due to appear before a disciplinary council on Wednesday afternoon, as reported by thelocal.fr.

The two minute video, filmed by an SNCF employee, shows a group of rail workers sipping rum punch while directing trains, narrowly avoiding an accident after one train is sent the wrong way.

The employee filming his colleagues asks: “I guess the rum is going to your head, huh?”, to which one of the workers responds: “Yeah, it’s strange.”

Defending their actions the workers’ union insisted that “no one finished their glass” adding that the rum had been used to make crêpes.