The Liv-ex Fine Wine 100 saw a small but palpable lift in August with Lafite leading the way as the growing signs that the overall decline in the market is nearing an end bear (a little) fruit. 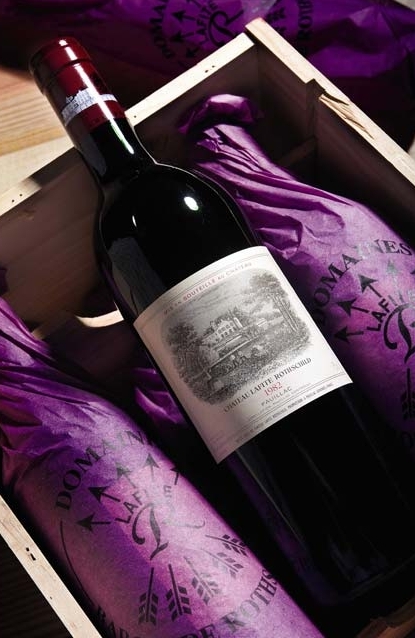 The index, which tracks the 100 most widely traded wines on the secondary market, rose by 0.94% in August which is traditionally the quietest time of the year.

It is the first positive monthly result since March 2013, meaning that the index has seen 16 months of continuous decline and, in June and July, no change at all.

There have been signs since the summer that the market is beginning to hit its natural bottom and that a turnaround is on the cards, a feeling strengthened still further by the weekly reports from August.

That said some are rebounding. Montrose 2010 is a prime example, promoted to 100-points from 99 by Robert Parker last week it has seen immediate action in the market with merchants reporting storming sales.

Having reported that under the radar Lafite (vintages such as 2001 and 2004) was selling well in June and July, for the first time in months more blockbuster Lafite topped the biggest movers with its 2009 and 2005 vintages seeing respective rises of 9.9% and 8.1%.

Lafite’s 2009 and another riser this month, Léoville Las Cases’s 1996, were two of the biggest fallers in July.

By contrast, the month’s biggest fallers this time were non-Bordeaux brands that had previously been hailed as the saviours of the fine wine market and replacements for a flagging Bordeaux.

The growing stability of Bordeaux and signs of faltering in non-Bordeaux indices was clear.

Liv-ex reported: “The Liv-ex 50 showed the biggest gain amongst the indices with a rise of 1.31%, suggesting that the First Growths are at last beginning to draw out the buyers.

Parker in his 2013 overview said that Bordeaux would bounce back and that those who had predicted its demise were mistaken and he, and all those who have been saying the same thing, look like they’re set to be proved right.

Looked at another way, the rise is so small that it would be easy for a bad September to snuff it out completely and send the index back into decline. The propensity for wines that rise the furthest one month lose just as much ground the next has been a pattern over the last year or so – as a week market raises up one vintage it sees as good value one month only to turn against it the next as even a meagre lift then makes it too expensive – and this should be make anyone nervous before they utter premature words including “green”, “shoots” and “recovery”.

Nonetheless, the fact that it has come during the traditionally barren time of August and with the more fertile season of autumn and winter and all its festivals glowing warmly on the horizon, it is not unreasonable to say that gains, no matter how small, are more likely in the coming months.

Speaking to the drinks business at the end of last year when the market was looking at three years of decline, Liv-ex director Justin Gibbs said: “If I were a betting man, after three down years, I’d be looking for a bounce.”

With an atrocious en primeur campaign and continuing decline throughout the first part of that year, he may have been ruing any speculative bet he might have made.

Now, while far from certain, the odds could be turning in his favour once again.