This week Muslim UAE is holding its first ever Dubai Wine Week. To find out more, the drinks business caught up with Olivier Gasselin, head sommelier, Hakkasan Middle East & Shanghai.

“Dubai is a relatively new market for wine, but the trade is developing fast, in terms of the sommeliers and wine buyers who are becoming more competent and knowledgeable,” says Gasselin, who believes there is a huge appetite among consumer to discover more. As evidence, he points to “a significant surge in demand over the last 12 months” for the restaurant’s wine dinners and masterclasses. “We believe it’s important to give people the chance to learn more about wines and we want them to feel confident ordering in a restaurant, which is why we are taking part in the inaugural Dubai Wine Week.”

Hakkasan Dubai boasts a 320-strong wine list with “a good range of Spanish, Portuguese and Lebanese wine,” says Gasselin, who intends to add something from Greece and a first Orange wine soon. Among the most popular are red and white Burgundy, as well as wines from South Africa, Italy and New Zealand. “We are also seeing a surge in interest in Sake,” he adds.

Dubai Wine Week is being run by one of Hakkasan’s key suppliers – African & Eastern. The restaurant has devised a special menu with six different wines for the week, and is playing host to Hunter Valley winemaker Bruce Tyrrell for a special tasting of his wines. 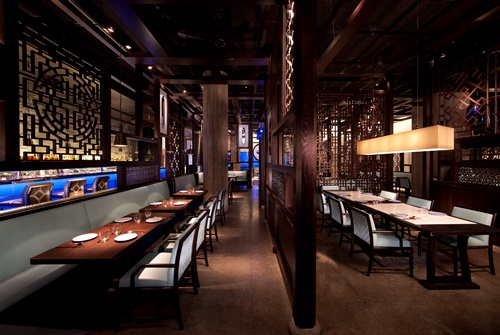