The brand has been launched for the first time at Singapore’s Changi Airport where the brand’s advertisements, featuring global icon Beckham, will be unveiled to the public before the campaign is rolled out globally later this year.

Doug Bagley, managing director of Diageo Global Travel and Middle East, said: “Haig Club is a brand built on heritage and tradition, and designed for our modern world.

“We’ve worked with our industry partners, DFS and Changi Airport Group, to ensure that the discerning travellers in Changi Airport are among the first in the world to experience Haig Club, with an exclusive and compelling shopping experience that offers an immersive, ground-breaking introduction to the brand and all the whisky has to offer.”

Haig Club, which also launched in London’s Selfridges in July, is bottled at 40% abv and carries an RRP of £40. 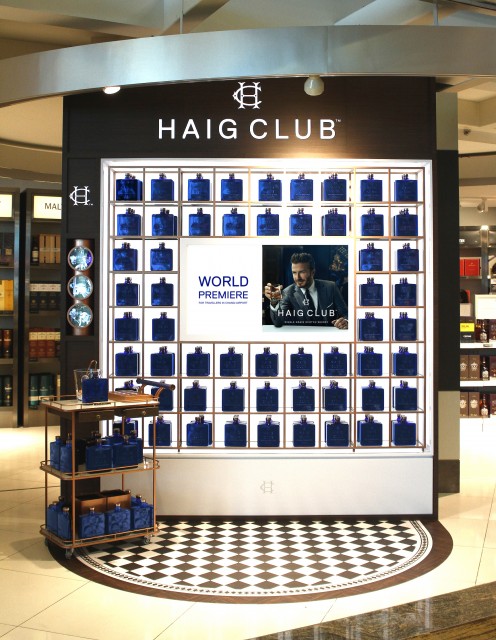