English wine and beer producer Chapel Down has smashed its original crowdfunding target by raising £2.9 million from investors in just 10 days. 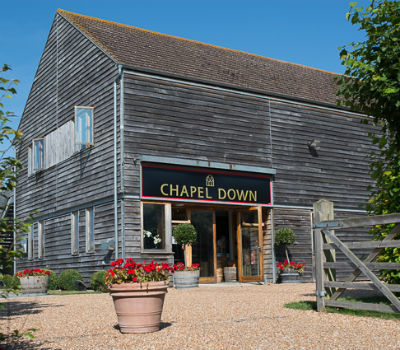 Earlier this month the company launched a campaign to attract external investment in order to fund vineyard expansion, the building of a new winery and brewery, and an expansion of its hospitality facility in Tenterden, Kent. Its original goal was to raise £1.6m.

The scheme, which is still offering shares through equity crowdfunding site Seedrs, has already attracted 1,100 new investors and broken Seedrs’ own record for the amount of money raised for a single project through its website.

Describing the company’s newfound collection of small scale investors as being “more like pilgrims in their passion and commitment to Chapel Down,” CEO Frazer Thompson described the reaction as “far beyond our expectations at this stage of the offer.”

The company will accept up to a total of £3,950,000 in new investment, with Thompson suggesting “there is no doubt that there is the appetite for crowdfunding on this scale.”

In addition to the potential for financial benefits for those lending their support to the scheme, those who invest £560 or more will be rewarded with a 33% discount on Chapel Down wines bought direct from the winery, as well as free tours and tastings.

“We are democratising share ownership and giving benefits to all shareholders,” remarked Thompson. “Those who benefit most are those who support us most,” he continued.

“We think that’s a great proposition and attractive to a very wide range of investors. The future for English wines in general and Chapel Down in particular are very bright.”