A look at Burgundy and how its wines and vineyards were considered by wine professionals and keen amateurs before the arrival of the AOC system is to be examined in a new book. 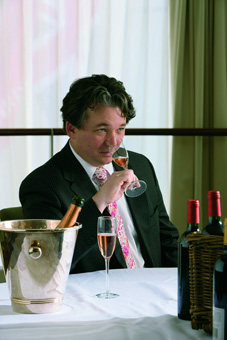 Written by Charles Curtis MW (pictured), “The Original Grand Crus of Burgundy” looks at Burgundy in the 18th and 19th centuries and, as Curtis explained to the drinks business: “How Burgundy was esteemed prior to the modern period.”

He explained further: “’The Original Grands Crus of Burgundy’ is a translation from works describing and classifying the vineyards of the Côte d’Or written prior to the establishment of today’s system of Appellation d’Origine Contrôlée in 1936, and a discussion of how these classifications compare to the modern system.

“For centuries, a number of authors ranging from learned amateurs to experienced professionals weighed in with their thoughts.”

The book covers a great deal of Burgundian history as well as its viticulture and, as Curtis continued, “is aimed at drinkers and collectors of Burgundy wine, history buffs, Francophiles and members of the wine trade.

“It presupposes an interest in the topic – you will see that it is not at all a description of different producers and tasting notes as many books today are, but it is a look into Burgundy’s past.”

The book will available in both paperback and e-book formats on Amazon by 1 November.