A US perfumer is set to launch its collection of quirky scents onto the British high street starting with one of its most popular scents – Gin & Tonic. 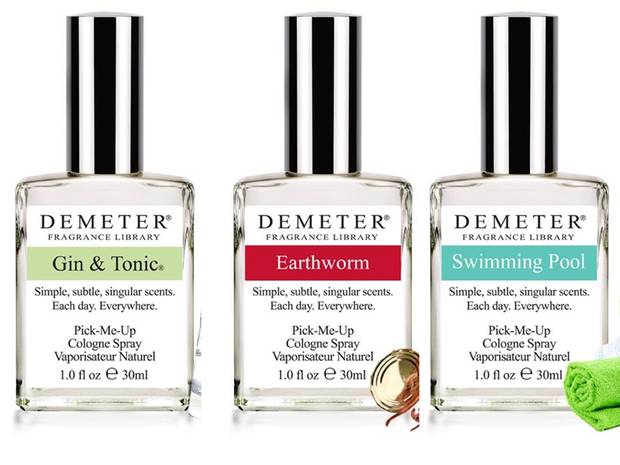 Three “everyday scents” including the tempting dirt, pipe tobacco, pizza and gin and tonic perfumes produced by New York’s Demeter Fragrance Library are set to hit the shelves at Boots soon, as reported by The Telegraph.

The perfumer’s odd choice of scents is apparently intended to remind its wearer of their best and worst memories.

However the mind boggles when considering its motivation for including “earthworm” in its repertoire, a scent the brand’s owner and CEO, Mark Crames, describes as “deeper, richer and dirtier than Dirt”.

Mr Crames told The Independent: “Different scents make different people happy because of the experiences and memories that are associated to them. Some will have an affinity to the scent of tomato plants because they remind them of summer days spent pootling in the greenhouse. For others, the smell of dirt will remind them of carefree childhood days in the yard. Although many people simply enjoy wearing our scents because they’re unusual and stand apart from the majority of new releases that you might find in a typical department store.”

Founded in 1996, the perfumer launched with “true-life” scents of dirt, grass and tomato, however its range has since grown to include hundreds of off-beat scents including intriguing concoctions such as swimming pool, salt air and dregs.

Its bestsellers will be available from Boots from 9 September priced at £15 for 30ml.