A US brewer is making the move to Vietnam to set up a new craft brewery in Ho Chi Minh City. 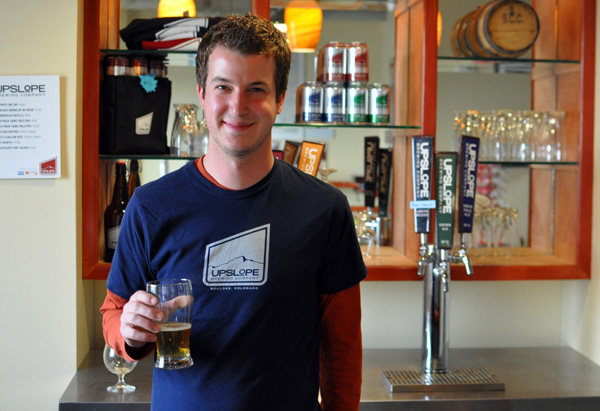 Alex Violette (pictured) has spent the last five years as head brewer at Upslope Brewing in Boulder, Colorado but is now setting out to Vietnam to bring craft brewing to the country.

According to the Daily Camera, Violette is moving to Ho Chi Minh on 14 August and is partnering with a fellow American, John Reid, who has lived in Vietnam for the last six years and has taken the dearth of good craft beer in the country into his own hands by founding his own brewery.

Together they will open the Pasteur Street Brewing Company later in the year and aim to use local ingredients such as herbs, spices and fruits in some of the beers as well.

Violette told the paper there is real potential for craft beer in Vietnam but it will not be easy. He said: “There’s the potential in that part of the world to introduce them to craft beer.

“We go over there and we’re not just selling our brand, we have to sell an entire style of beer.

“There will be a lot of focus on education, promoting craft beer in general, the use of higher-quality ingredients and traditional processes.”

Eventually, Violette hopes he will be able to export some of this beer back to the US.

Accompanying Violette is his girlfriend Bethany Lovato who is also an employee of Upslope and will now head up the marketing department at Pasteur Brewing.

The market for beer in Vietnam is one of the largest in Asia and craft brewing in the region is growing exponentially.

Craft breweries and craft beer pubs are cropping up in Beijing and Hong Kong and proving hugely successful, not only among expats but locals too.