LVMH-owned Champagne house Krug has launched the 2003 vintage of its single vineyard brut blanc de blancs, Clos du Mesnil. Just 8,671 bottles and 659 magnums of Clos du Mesnil will go on sale in Krug’s key export markets around the world, with the release being staggered over two years.

“Clos du Mesnil is the purest expression of Chardonnay and could be said to be the first grower Champagne. I always joke that it’s the easiest Krug to make as it’s a solo act,” Olivier Krug said at the London launch. “Japan is our biggest market for Clos du Mesnil; they view it as a diamond,” he added. Krug admitted that the 2003 vintage of Clos du Mesnil doesn’t have the “vivacity” of either the 1996 or the 2000 vintages. “Given the heat of the vintage, people are surprised that we even made a 2003, but the big surprise is the freshness. The terroir really comes through, it’s still very young to be honest but there’s a flintiness and a creaminess to it,” he said.

Chiswick-based distiller Sipsmith has added to its growing portfolio with a “sipping vodka”. Crafted using English wheat, Sipsmith’s Sipping Vodka is distilled in copper pot still Prudence and hand-cut from the “heart” run like a single malt whisky, leading to, says its makers, a “smooth and flavourful spirit that deserves to be celebrated by being sipped on its own”. It also apparently works well in a Vesper Martini.

“Our mission since day one has been to bring the art and craft of traditional distillation back to London with a commitment to handcrafting spirits of uncompromising quality. Our new Sipping Vodka does just that,” says Sipsmith co-founder Fairfax Hall.

Master distiller Jared Brown goes one further: “This is our best vodka yet and something we’re incredibly proud of delivering a rounded, warming brightness on the palette and a deliciously delicate finish.” The bottles will make their debut with a new packaging design for the brand, which aims to reflect its artisanal nature. The new bottles feature both the name of the distillery and the brand’s signature swan neck embossed on the back and front respectively. 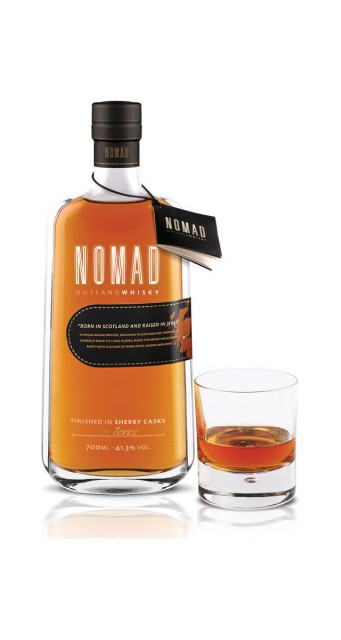 The maker of Tio Pepe, González Byass, has launched a whisky made in the Scottish Highlands but aged in Jerez. A collaboration between González Byass’ master blender Antonio Flores and Richard Paterson, master distiller for The Dalmore, Nomad Outland Whisky is aged in Pedro Ximénez barrels in González Byass’ cathedral-like cellars. The result, according to its makers, is a “smooth, rounded and mellow” whisky with “quintessential Scottish character and a Jerezano soul.” The blend combines over 30 single malt and grain whiskies aged between five and eight years from the Scottish Highlands sourced principally from Speyside by Paterson.

After three years of ageing in Sherry butts in Scotland, the whisky is shipped to Jerez and left to age in PX barrels for a further year, meaning the liquid is influenced by the native yeasts, humidity and sea breezes that fill the González Byass cellars. Nomad will be available in the US through González Byass’ distributor, Vin Divino.

Independent wine merchant The Vinorium has launched Tour de Sarrail 2009, a Bordeaux blend made up of 80% Merlot and 20% Cabernet Sauvignon. According to its makers, the 13.5% abv wine is “medium-bodied and elegant with a beautifully defined nose of blackberry, minerals and oak.”

The palate meanwhile, is “balanced with firm grippy tannins, ample freshness and lots of dark berries leading to a light peppery finish.” Paying homage to Baron Phillipe de Rothschild, who, when commissioning poster artist Jean Carlu to create a label for famous first growth Château Mouton Rothschild, paid for the job with a case of wine, The Vinorium has used a similar concept, commissioning Kent artist Graham Clarke to design the label for Tour de Sarrail. “We stock some of the world’s rarest wines and thought it was time to use our knowledge and passion to create our own wine,” says The Vinorium’s founder and director, Stuart McCloskey.

New Zealand wine producer Te Pā has landed in the UK bringing its Sauvignon Blanc to British drinkers for the first time. Meaning “our place” in Maori, the te Pā estate is the oldest known settlement in New Zealand situated in the Wairau Bar in Marlborough and has been owned by the Macdonald family for over 800 years.

The latest vintage (2013) of its Sauvignon Blanc is made with grapes sourced from a single site, and, according to its makers, boasts “intense aromas of grapefruit and lime zest combined with floral notes delivering a crisp, refreshing finish synonymous with Marlborough.”

On sale at Harvey Nichols, Blossoms Syrups are made in England and can be used in cocktails, desserts and over ice cream. Characterised by their “freshness, fruitiness and balanced acidity”, the initial range was comprised of Blackcurrant, Grenadine, Strawberry, Raspberry, Pineapple and Passion Fruit.

Four new flavours have since been added: Sour Cherry, Sloe, Pomegranate and the latest addition to the range, Mango, launched last month. The three owls on the label graphic are said to represent the brand owner’s three daughters. The syrups are also packaged in PET bottles to aid use in food preparation. 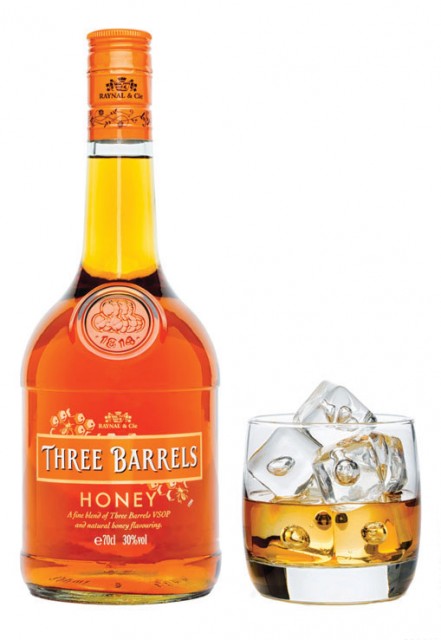 Keen to get in on the snowballing flavoured spirits trend, William Grant & Sons has launched Three Barrels Honey, a blend of VSOP brandy and natural honey flavourings. The 30% abv spirit has been crafted, according to its makers, to give a “smooth and mellow” finish and is best served chilled or with a dash of lemonade.

In a bid to lure younger consumers to the brandy category, the bottle design is contemporary, featuring a honeycomb graphic. Launching exclusively in Morrisons, the brand will roll out across the country in September.

“The spirits category is no stranger to the experimental flavours trend,” says brand manager Paul Curry. “Innovation in brandy has been lacking and the category still has the second oldest demographic profile, so now is the ideal time to launch Three Barrels Honey and create excitement in this area,”

Already a hit in the US, looking set to capitalise on the burgeoning Bourbon boom in the UK is Jim Beam Maple, which recently launched in Britain via Maxxium UK. The limited edition run, which aims to recruit new drinkers into the Bourbon category, is made with four year old Jim Beam Bourbon, which is slowly infused with maple to produce “the perfect balance of sweet warm maple and Bourbon”.

Aged in oak barrels and bottled at 35% abv, its makers recommend serving it either straight up or mixed in long serves. “Jim Beam Honey was the first-to- market honey-infused Bourbon and with Jim Beam Maple we’ll stir up fresh interest and broaden the appeal of Bourbon among young adults who may not previously have considered Bourbon,” said Maxxium UK’s marketing controller for imported whiskey, Eileen Livingston. 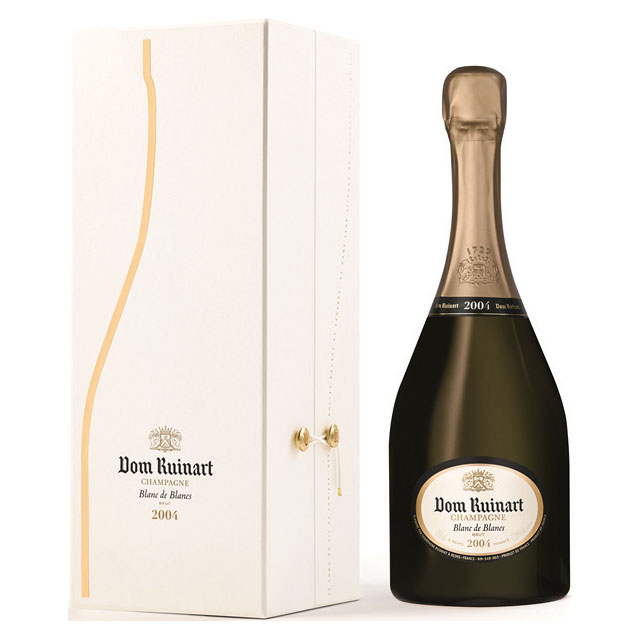 Champagne house Ruinart has launched the 2004 vintage of its blanc de blancs prestige cuvée Dom Ruinart in the UK. The fizz is made from grapes sourced exclusively from grand cru sites chosen for their affinity with Chardonnay, with 69% of the grapes hailing from the Côte des Blancs – predominantly from Chouilly, Avize and Le Mesnil – and the remaining 31% from the northern slope of the Montagne de Reims where the vines grow on pure chalk due to shallow top soils.

Cellar master Frédéric Panaïotis believes the Champagne offers “a silky directness sustained by underlying minerality” along with a “delicate structure combined with outstanding freshness” making it a great match for seafood dishes like sea bream ceviche or lobster carpaccio. “With almost 10 years of bottle age, Dom Ruinart Blanc de Blancs 2004 displays characteristic richness and focus, and is showing very nicely already, but I believe it has the potential to age beautifully for many years to come,” Panaïotis said.