Ever heard about the drunken bear who massacred the owner of a Russian pub, or the King who went up in flames wrapped in a brandy-soaked linen?

Throughout history there has been all manner of bizarre deaths caused by an ill-advised dalliance with alcohol.

When it comes to these deaths, hindsight is most certainly a wonderful thing.

Michael Malloy was a homeless alcoholic who lived in New York City during the 1920s 1930s. With no known family, a gang of five men preyed upon Malloy coming up with a plan to take out a life insurance policy on his life before carrying out his murder and collecting the money.
Dubbed the Murder Trust the men, who knew Malloy was an alcoholic, conspired to let him drink himself to death. One of men owned a bar and gave Malloy free reign of the bar with the hope that he would die of his own doing turning up to drink at the bar everyday. When that failed the gang started adding poison to his drinks including antifreeze, turpentine, horse liniment, and rat poison, all of which failed to affect Malloy who continued to arrive each day to drink at the bar.

Malloy was subsequently fed oysters soaked in methanol, sandwiches filled with spoiled sardines and rat poison and carpet tacks, all of which failed to kill him. Loosing patience, the Trust waited for Malloy to pass out and tossed his body onto a snow bank, certain that he would freeze to death, but to their surprise the next day in walked the seemingly unbreakable Malloy.

Frustrated, one member of the Trust ran him over with his taxi which, rather than killing him, simply put him in hospital for three weeks. Refusing to give up, when Malloy returned to the bar the Trust again allowed him to pass out, this time dragging him into a room where they inserted a hose into his mouth and gassed him. He died within minutes.

The gang claimed about US$61,000 on his life, but were all later sentenced to death by electric chair when one member of the gang couldn’t resist bragging about “Mike the Durable” around other bars.

George Plantagenet was brother to Kings Edward IV and Richard III and met his untimely end in 1478. Having plotted against his brothers and being convicted for treason, the Duke of Clarence was sentenced to death.
While convicted criminals would typically be executed by beheading the Duke, a known alcoholic, requested to be forcibly drowned in a butt of Malmsey wine – his favourite beverage. 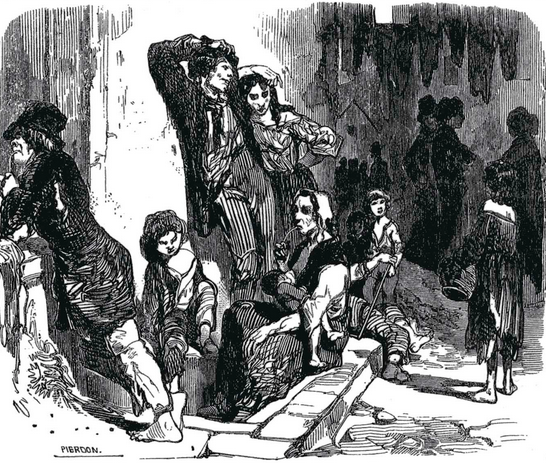 As if life wasn’t difficult enough for the impoverished 18th century Londoners living in the crowded “Rookeries” around St Giles, many fell victim to a disastrous brewery accident on 17 October 1814.

A major supplier of beer at the time was Meux & Co’s Horse Shoe Brewery on the corner of Tottenham Court Road and Oxford Street. As previously recorded by the drinks business, at the time there was a certain amount of competition between brewers over who could boast the largest beer vat.

The day of the tragedy, a vat containing the equivalent of 3,550 barrels of beer gave way, probably due to corroded hoops, with the wave of liquid breaking open other vats nearby. In total around 1.4 million litres of beer is said to have swept through the streets in a 15-foot high wave.

Fortunately many people were out at work, but a number of people living in cellars were trapped and around eight women were reported killed by the accident as it destroyed two homes and badly damaged the local Tavistock Arms pub.

Li Bai was a poet who lived from AD 701 to 762 gaining high esteem during the time of the Tang Dynasty.

During his life he produced more than 900 poems drawing on his own life, social reality and the spirit of the high Tang Dynasty.

Among the most famous are “Waking from Drunkenness on a Spring Day”, “The Hard Road to Shu”, and “Quiet Night Thought”, which is still used to teach students in China.

According to legend, Li Bai, who had a liking for liquor, was out on a boat drinking when, in an attempt to try and kiss the reflection of the moon, fell overboard and drowned.

Ironically, one of his poems was called “Alone and Drinking Under the Moon”.

In 1919 a tank containing 2,300,000 gallons of molasses burst sending a 25ft wave of sticky treacle through the streets of Boston. Known as the Great Molasses Disaster, the tragedy occurred at the Purity Distilling Company and saw a giant pool of sugary lava rush through the streets at a speed of 35mph killing 21 and injuring a further 150. Dozens more buildings were swept away or crushed and for years after the disaster, locals would say that on hot summer days the air would still fill with the smell of sweet molasses.

Charles II of Navarre, also known as “Charles the Bad”, was King of the medieval Spanish kingdom of Navarre and Count of Évreux, owing to his father’s routes in France, and was a major player in the Hundred Years’ War between France and England, repeatedly switching his allegiance to further his own agenda.

Having fallen ill to the point that he was unable to use his limbs, a physician advised he be wrapped head to foot in a linen cloth soaked in brandy. One of his female attendants fixed the cloth tying it at his neck, but instead of cutting the remaining end of thread with scissors, she instead used a candle causing the cloth to ignite into flames.

She ran from the room screaming leaving the King to burn to death.

Other versions of the story say the King was set alight by a wayward piece of coat from a metal warming-pan.

A rattlesnake is not the most appropriate of items to use in a game of catch – something that one Alabama native found out the hard way in 1995.

Joe Buddy Caine, 35, died after a drinking session led to a game of catch the rattlesnake.

Caine and a friend were tossing the reptile between them when it, unsurprisingly, retaliated and bit them both.

His friend survived but Caine died.

A report in the Tuscaloosa News in 1995 read: “The two were intoxicated when they found the snake and began playing with it. The two would catch the snake by the tail, let it go and catch it again.”

Killed by a drunken bear

Apparently in 1891 a Russian man met his end at the hands of a drunken bear. The story goes that a man living in the Russian town of Vilna (now Vilnius), was offered a bear to keep as a pet by an unnamed individual who told him it was tame but had a taste for vodka. The man bizarrely accepted the gift taking the bear home.

One day the bear barged its way into a tavern and supposedly started glugging down a keg of vodka. The tavern owner tried to object, but unsurprisingly the bear wasn’t the most understanding of moods.

The boozed-up bear mauled the innkeeper to death, before doing the same to his two sons and a daughter.

Villagers are said to have found the drunken animal asleep in a pool of blood and alcohol, at which point it was shot.

Jack Daniel, founder of the famous Tennessee whiskey distillery, launched what is now one of the biggest American Whiskey brands in the world.

But it seems he was no match for a safe fitted with a combination code.

It’s been widely reported that Jack Daniel died of blood poisoning resulting from a toe injury sustained after kicking his safe in anger, unable to remember its combination code.

However Peter Krass, who penned the 2004 biography of Jack, Blood and Whiskey: The life and times of Jack Daniel, asserts this story is untrue. 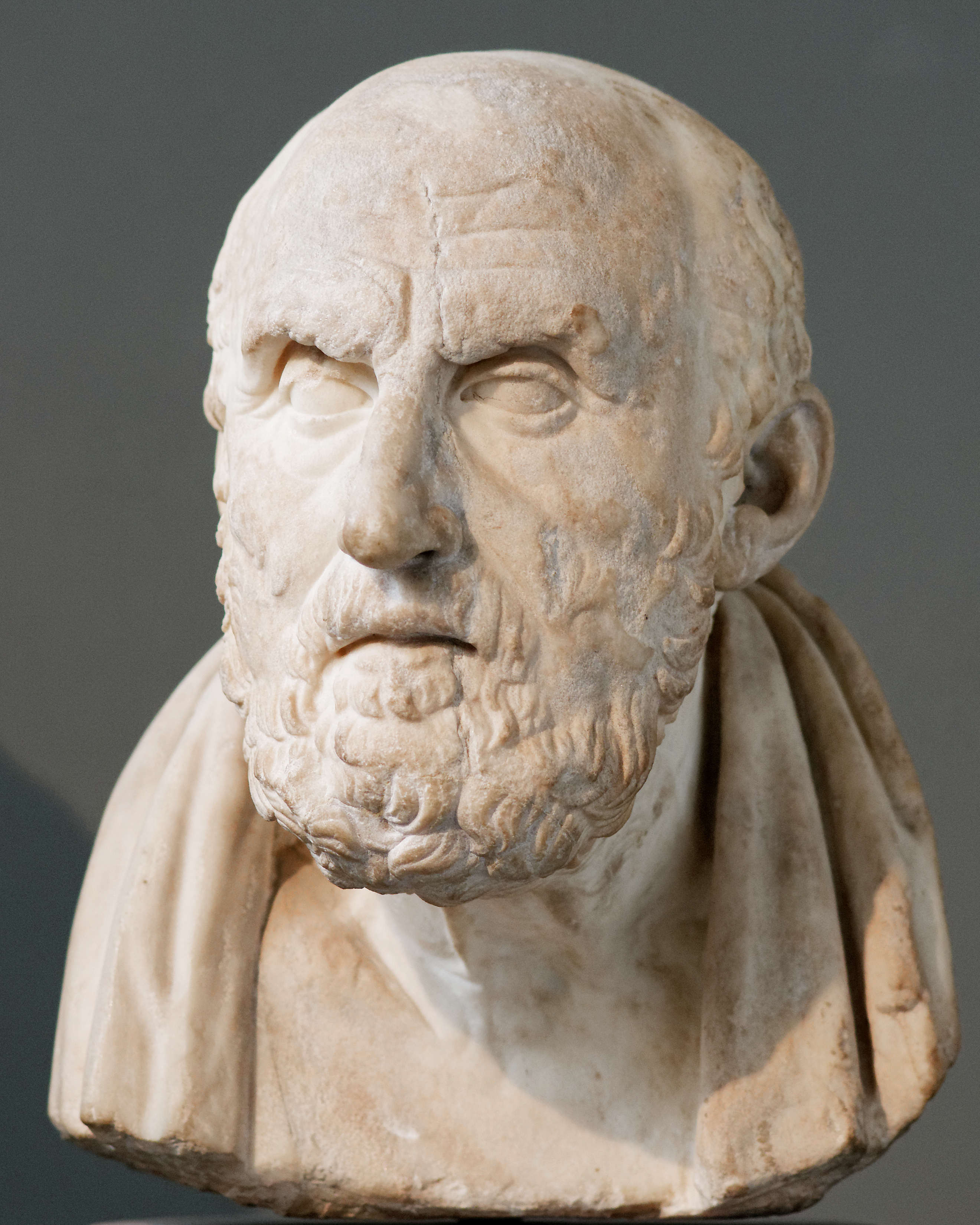 Chrysippus was a revered Greek philosopher who lived in 207 BC and was one of the foremost authorities on Stoicism – a school of thinking concerned with the relationship between cosmic determinism and human freedom.

However the Greek philosopher is remembered not for his contribution of ethics and philosophy, rather his death, which saw him die laughing after making his donkey drunk on wine and watching it try to eat figs.

Having died in during the 143rd Olympiad (208 to 204 BC) at the age of 73 Diogenes Laërtius gives one account of his death in which he was watching a donkey eat some figs and cried out: “Now give the donkey a drink of pure wine to wash down the figs”, after which he died in a fit of laughter.