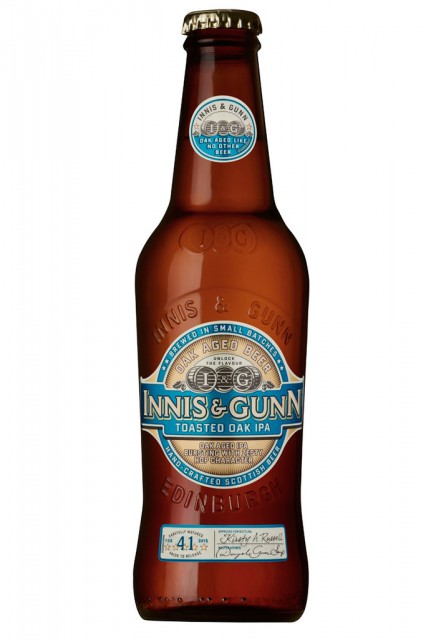 Gerard Walen, of Paste Magazine, writes on this recent addition to Innis & Gunn’s “core repertoire of wood-aged beers, that hews to the traditional while giving a nod to the innovators.”

“The beer pours a light tan with a creamy head that does not dissipate much during the drinking. The hops give the Toasted Oak IPA a citrus fruit and pine tree aroma and flavor. The very noticeable oak presence offers both sweet vanilla notes and woody bitterness. The combined bitterness of the wood and hops brings a dryness to the tongue after each sip.”

Jan Zeschky, of The Province, describes this unfiltered beer as “a meal in a glass.”

“The fruity aspects of the Belgian yeast, together with some bubblegum notes, meld with hops aromas for a rich nose full of tangerine, grapefruit, lemon and a wonderful, slightly musty overlay of almost-overripe apricots,” writes Zeschky.

And on the flavour front, “that rich, rounded and earthy apricot flavour, along with juicy tangerine and weightier melon notes, shine through on the tongue, and there’s some snappy maltiness on the front end, too.

“The fruit flavours segue effortlessly into a long, rich seam of chewy, slightly creamy caramel malt, as small spikes of tropical and citrus fruit fire through. As the caramel starts to fade, a layer of spice built from the rye, yeast and hops swells in complexity as a well judged bitterness emerges gracefully.”

So, quite the mouthful, then!

“Altogether, it effectively demands you take another sip,” concludes Zeschky. 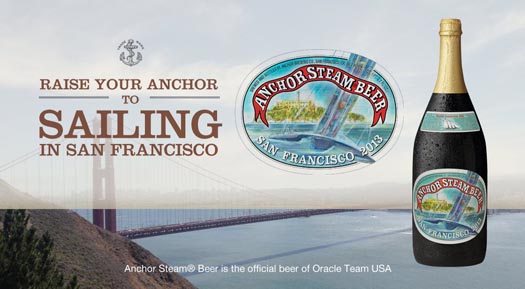 Bonnie Horgos, of the Santa Cruz Sentinal, writes on a beer that tastes “briny and rustic… Perfect for 10 a.m. oysters,” apparently.

“Supposedly, beer from the West Coast in the 19th century was called ‘steam’ due to simple brewing conditions and a lack of ice, hence Anchor Steam.”

She continues: “This bit of history could easily explain this beer’s body and flavor: it’s strangely rich with a foamy head, yet in the context of our modern taste for hops, it seems like Anchor Steam is from another world.” 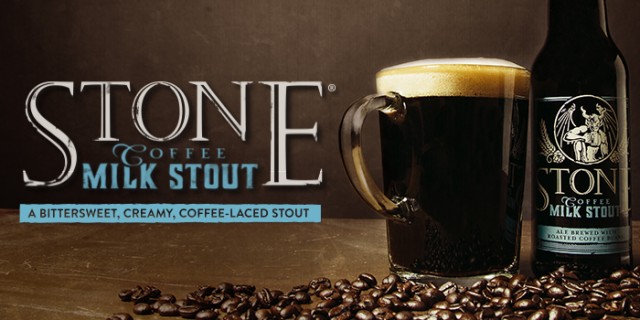 Chris Morris, on NJ.com, reviews a beer that was originally brewed as a limited edition, but is now spreading across the US as its popularity grows.

“The aroma is dominated by roasted coffee and roasted malts, with notes of dark chocolate and a touch of bitter, earthy hops.”

He continues: “The taste follows the aroma. Roasted malts and dark coffee followed by a silky milk (from the milk sugar), finished with dark chocolate. Overall, it’s very well balanced, with plenty of flavor on top of a low 4.20% ABV.” 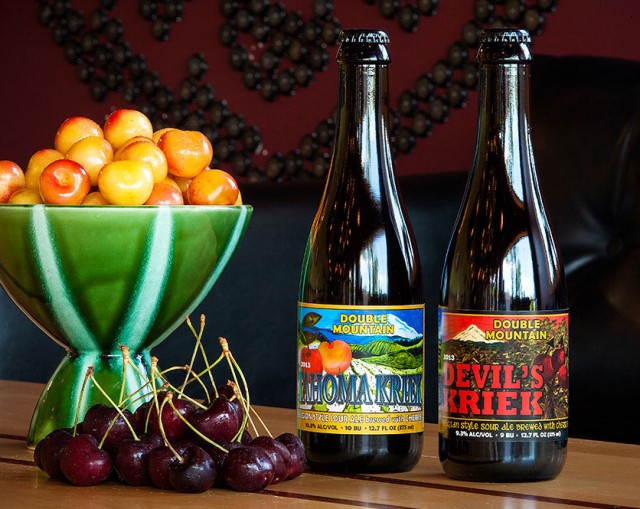 Martin Cizmar, posts into the Willamette Week about a fruit beer that “no one scoffs at”.

“Citrus-spiked IPAs are ubiquitous, Stiegl radler has replaced PBR among a certain class of well-coifed patio drinker, and you can find everything from passionfruit to black currants in bottles on grocery shelves. That’s all great, especially on the heels of the hairy-chested hop race, but none of those stands up to Double Mountain’s Tahoma Kriek,” he enthuses.

“Formerly known as Rainier Kriek, until Pabst asked the Hood River brewery to change it to avoid confusion with Rainier beer, this strong, bright blond tart is 10.3 percent ABV.

“That’s just enough to balance out the severe tartness of brettanomyces and fresh Rainier cherries from brewmaster Matt Swihart’s orchard. 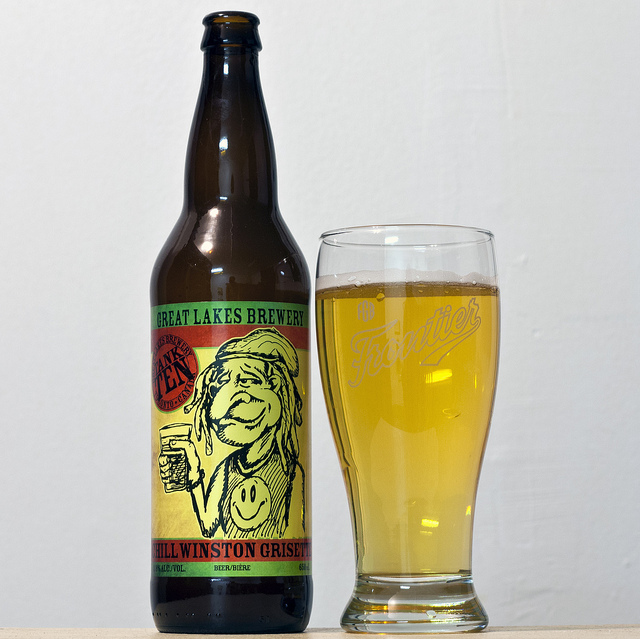 Beppi Crosariol, from The Globe and Mail, supposes that, at a mere 3.8% abv, “this fine brew is pretty easy to take while taking it easy.”

“Light beer with flavour? Good on Great Lakes, one of Ontario’s best breweries, for expanding the narrow field in North America,” Crosariol enthuses.

Matt Miller, for EverythingOnTap.com, is bowled over by the sophistication of this brew out of California.

On the appearance, he writes that, “like a good wine, the color is a rich amber-red with hints of ruby garnet,” while the aroma is described as “very sour at first, then transforming into hints of sweet roasted grains, cherries, blackberries, and a touch of earthy oak.”

“The flavor is rich, complex, sophisticated, and mature. It begins with sour cherries, sour blackberries, and currants. Then a hint of malted grains appears, followed by some nicely floral hops. This is then tempered with tannic, earthy oak with some balanced acidity. The finish is sour and crisp.”

He concludes by writing: “the structure of this ale could be compared with good wines. It is broad, stable, balanced, and complex.” 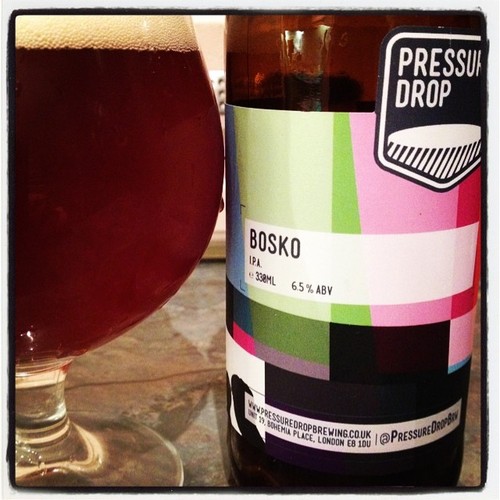 Michael Bates, in York Press, writes on a beer that, at 6.5%, “sits in the sweet-spot for IPA strength – not so strong you couldn’t have a pint, but still full bodied and intense enough to stand on its own by the half.”

“Grapefruit, passion fruit, pine and toffee play about the aroma, with an earthy nuttiness and a reserved creaminess from the underlying malt,” he writes.

And Bates continues, “the flavour places orange and lemon zest carefully alongside a touch of digestive biscuit wheatiness, followed by a salty acidity which complements the medium sweet body brilliantly.

“As the bitterness intensifies, so too does the black pepper and mango characteristics of the beer, drying the palate but not so much as to leave you reluctant to go back for more.”

The conclusion: “Medium to full bodied, intense, flavourful, and delicious.” 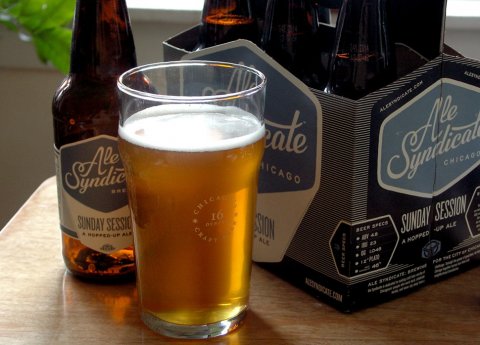 Jason Baldacci, The Chicagoist is bold in his choice of beer for this season, saying: “If we had to pick one beer to get us through the rest of the summer, we’re pretty sure this would be the one.”

“Sunday Session is Ale Syndicate’s super-hopped, easy drinking ale. It pours a pale, cloudy orange in the glass, with a floral bouquet of hops that wafts on the nose. Those floral hops are prevalent on the palate, but not overwhelming, and they turn a little tropical on the backend.”

With the flavour, “there’s a solid, biscuity malt backbone to carry the brew, but the body is relatively light overall. It may be a little straightforward, but it’s certainly not one dimensional.”

“We like it enough to drink it any day of the week,” he concludes. 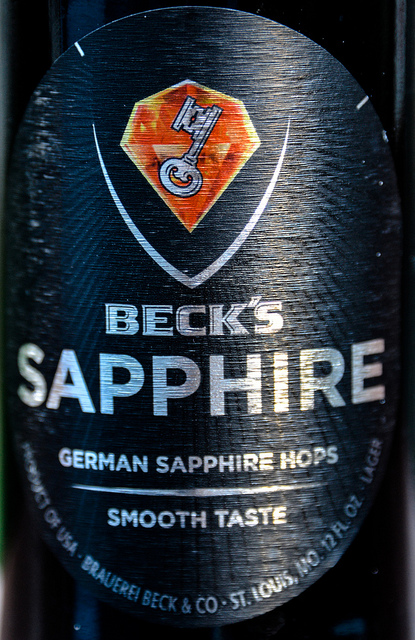 Todd Haefer, from USA Today, reviews the first big-brewer offering that we’ve had put to the test in a while.

“Beck’s Sapphire is smooth and refreshing, with the added bonus of a fine hop flavour and aroma. I found it to be one of the better lagers on the store shelves,” he begins by writing.

“It has no popcorn aftertaste like many mass-produced light lagers that use rice and corn. This is not Budweiser with extra hops. It actually has malt flavor, not just some thin, watery, beer-like taste.”

“The hops are slightly herbal and grassy, easily noticeable in both the aroma and taste. There is little bitterness while drinking the beer or in the finish — just enough to cut the sweetness of the malt,” he writes.