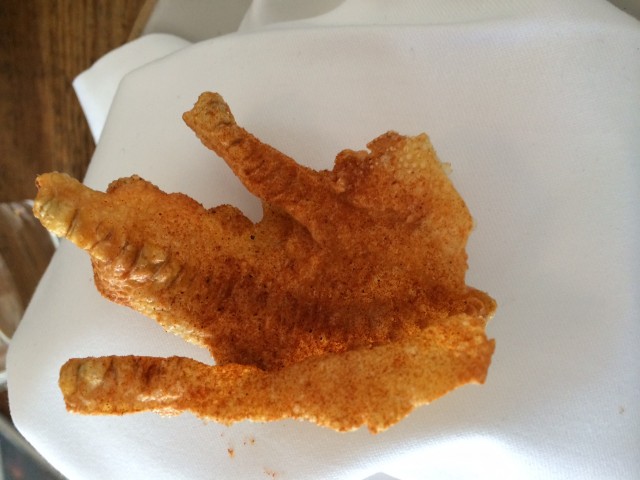 Looking for something salty, crunchy and slightly spicy to accompany a glass of wine? Well, be careful what you wish for at London’s Clove Club restaurant where the crisps are crafted from the skin of a chicken’s foot. Despite the unappetising source, they make a fine snack, particularly combined with Les Choisilles Chenin from François Chidaine in the Loire’s Montlouis (pictured below). 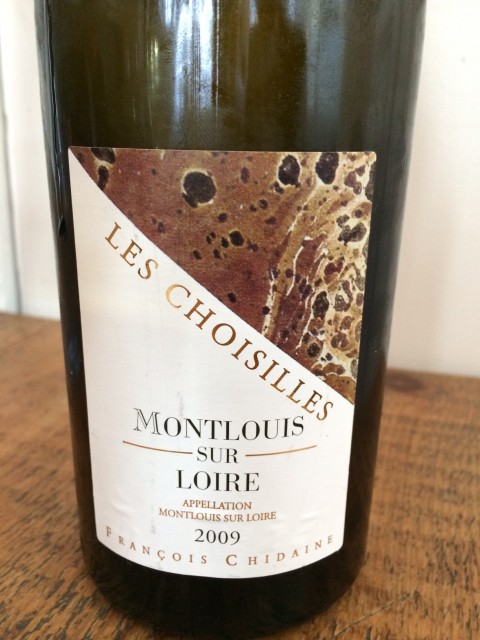 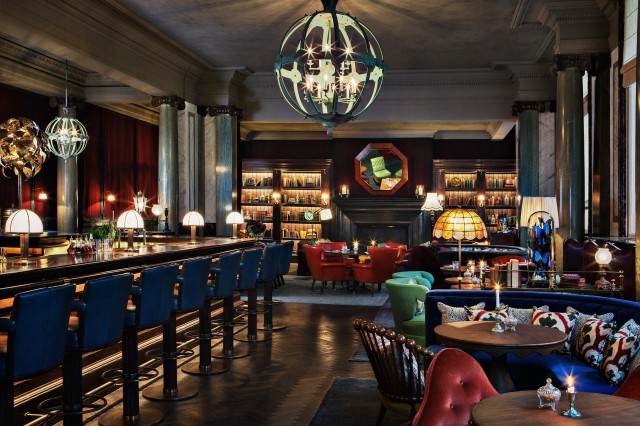 db headed to the shiny new Rosewood hotel in Holborn this week for an evening of creative cocktails at its plush bar, Scarfe’s. Named after British caricaturist Gerald Scarfe, who designed the album cover for Pink Floyd’s The Wall, the bar boasts a number of Scarfe’s drawings of historical British figures and fictional characters, from Winston Churchill and the Rolling Stones to James Bond. 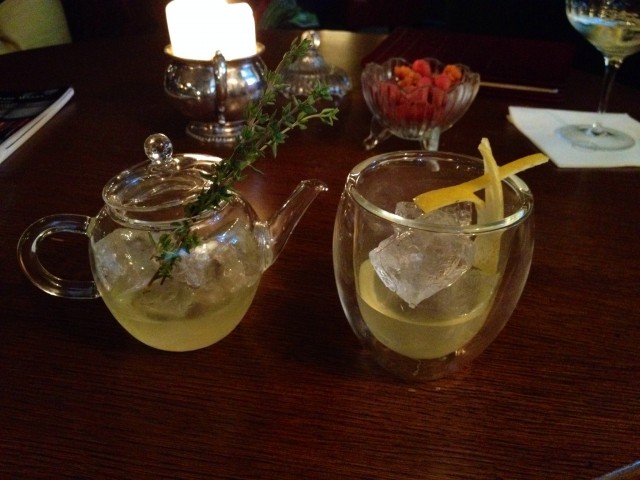 Looked after by the bar’s affable Italian manager, Giovanni Spezziga, with live jazz as a backing track, proceedings kicked off with a thirst quenching Thyme Out, made with Bombay Sapphire gin, Yellow Chartreuse, thyme, orange bitters and lemon juice served in a tiny teapot. 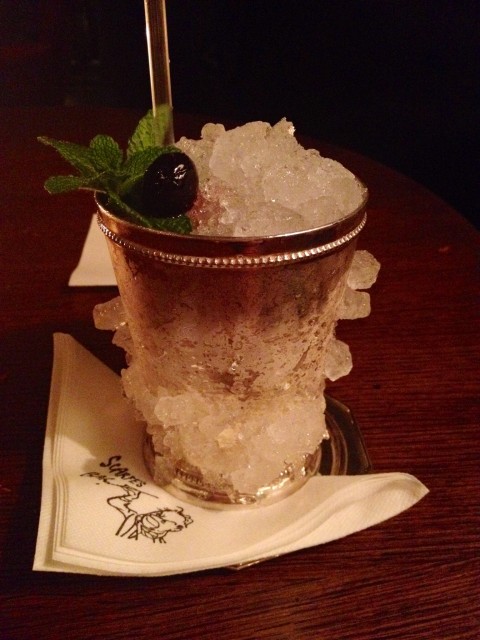 Our next libation was a Diplomatic Immunity, which blended Diplomatico Exclusive Rum with ginger spice formula and liquorice bitters. Ending the evening in style, with finished with The Big Society. A twist on a Mint Julep, it featured Woodford Reserve Bourbon, fig liqueur, peach, mint and hibiscus bitters. 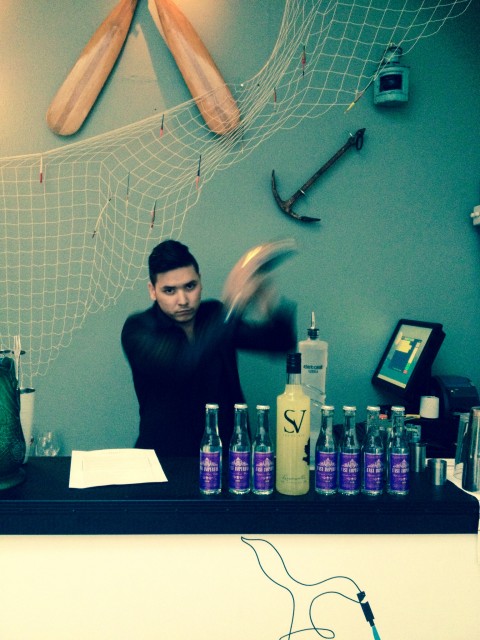 An acute sufferer of FOMO (fear of missing out), db also hoofed it to adorable seaside shack pop-up Fish & Sips at seafood restaurant Kensington Place in Notting Hill. Taking over the restaurant’s private dining room for the month of August, the nautical theme stetted to oars and lifesavers above the bar, headed up by the restaurant’s resident mixologist, Imants Zusmanis. 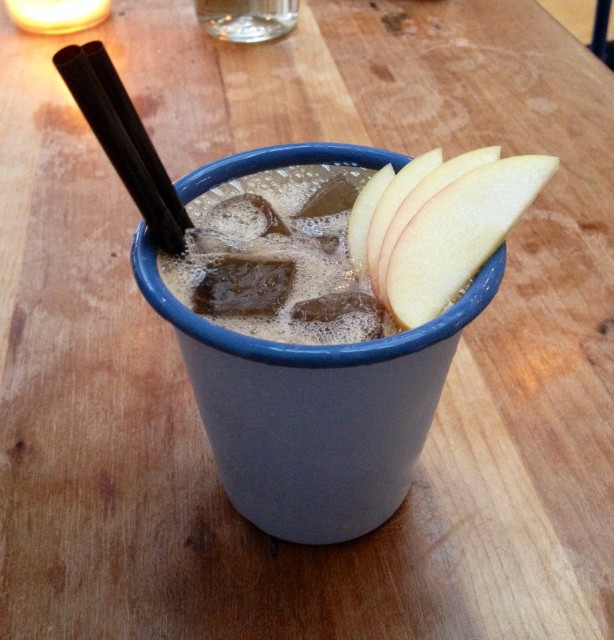 Visiting with Amy Hopkins of our sister title, The Spirits Business, we kicked off with a refreshing Land Ahoy, which featured Roberto Cavalli Vodka, apple juice and vanilla sugar and tasted like a fairground toffee apple. Another standout sip was the Sip & Savour, blending SV Amaretto with ratafia, egg white and lemon, which paired perfectly with our cob nut crème brûlée. 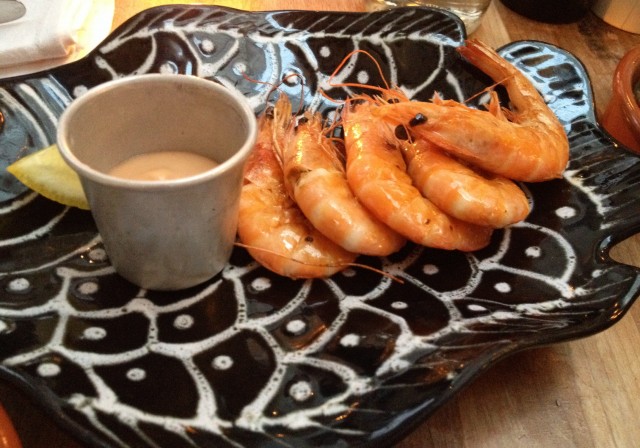 Man cannot live on cocktails alone, so we were treated to an array of fishy dishes, including beer battered haddock goujons; marinated squid with cucumber and fennel; deep fried whitebait with aioli and fat Atlantic prawns in a Mary Rose sauce, which sent us out into the night pleasantly stuffed to the gills. 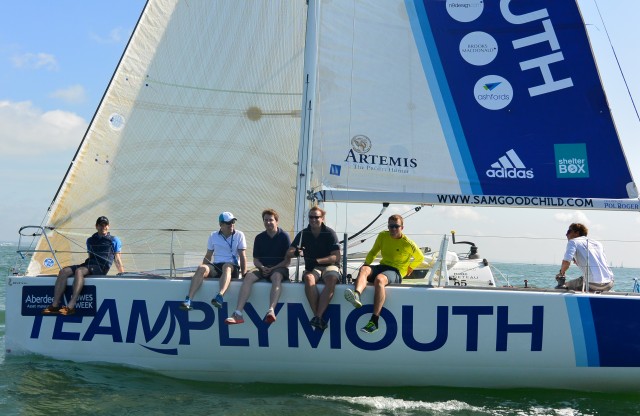 Pol Roger ambassador and Artemis Offshore Academy graduate Sam Goodchild joined a team of six aboard Figaro for the Artemis Challenge at Cowes this week. The challenge sees a fleet of yachts race 50 miles around the Isle of Wight for the chance to win a £10,000 charity prize.

90s pop songstresses All Saints were among the many celebrity guests to indulge in a cocktail or two from the Mahiki Rum bar backstage at the V Festival in Hylands Park last weekend. Other celebrities to join in the fun included Rita Ora, Alan Carr, Pixie Lott, Millie Macintosh and her husband Professor Green, while Sam Smith and his crew indulged in one of Mahiki’s iconic Treasure Chest sharing cocktails. Cocktails available included the JT Coconut and the Killers Coconut Punch, created exclusively to honour V Festival headliners Justine Timberlake and The Killers.

Pernod Ricard released its limited edition Spirit of London Beefeater Gin with a London-themed, mini-fuelled “takeover” of Gatwick Airport. Starting in the World Duty Free store, travellers are encouraged by the brand’s ambassadors to embark on a gin journey sampling the spirits and taking pictures with an iconic british Mini designed to celebrate the “Best of British”.

Visitors to its stand will be able to sample complimentary cocktails to a “Best of British” soundtrack. The Beefeater “Spirit of London” takeover runs at Gatwick until 2 September. 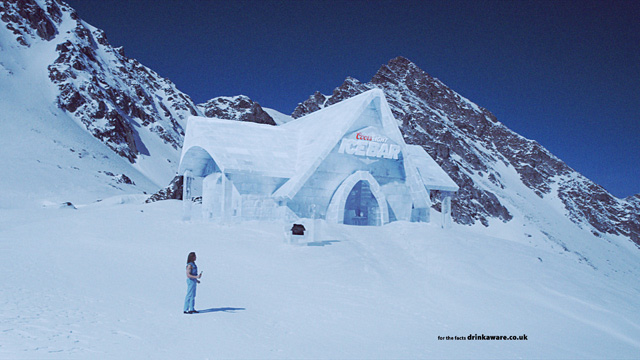 Hollywood hard man Jean Claude Van Damme is once again lending his talents to promoting Coors Light with its latest campaign which will see a number of ice bars spring up in the UK. The brand’s Ice Bar campaign kicks off with a full 60-second film starring Van Damme who, cast adrift in the Rocky Mountains, sets about using his 80s action movie skills to build his own ice bar. Real life versions are set to appear in London and Manchester with each set to host an intimate gig by Brit-award winning London band, Rudimental.