Auction house Spink has announced it will be holding a sale of rare wines and spirits in Singapore this September including an exclusive, pre-release bottle of a new Louis XIII Cognac. 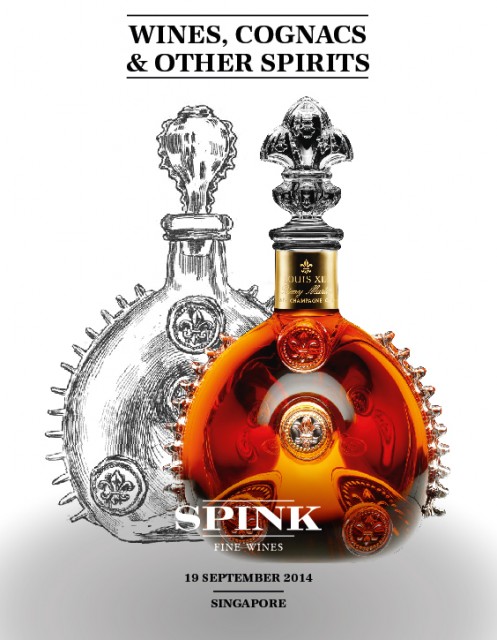 Taking place on 19 September, the sale is the latest in Spink’s growing wine and spirits sector and sees the house partner with Cognac’s most prestigious name.

Alongside a wide collection of rare and exclusive decanters of Louis XIII, at the sale Spink’s chairman Oliver Stocker and Louis XIII’s regional director Christopher Bourrié will also unveil and sell a brand new limited edition bottle celebrating Louis XIII’s 140th anniversary which is to be given a general release at a later date.

A wide selection of fine wines will also be on sale with a wide array of “extremely reputable” Burgundies from the likes of Domaine Faiveley, Prieuré Roch, Trapet, Georges de Vogüé and Dominique Laurent alongside Lafite and Pichon Lalande from Bordeaux.

Furthermore, in honour of the late Baroness Philippine de Rothschild’s memory, the auction will open with the sale of three lots of Viña Almaviva – a partnership between Mouton Rothschild and Concha y Toro which the baroness founded.