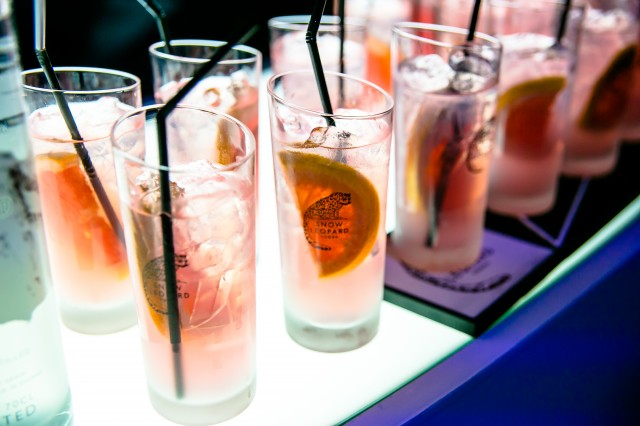 Guests packed into ArtisTree in Quarry Bay to enjoy music by DJ Re:flex, aerial dancers dressed as snow leopards who descended from the ceiling and a selection of cocktails that had been specially concocted for the event.

The cocktails featured were The Conservation Martini a mix of Snow Leopard, dry vermouth and a garnish of rosemary; Miao Tonic, a vodka tonic with a “splash” of lemon and thyme garnish and Pink Panther, a mix of Snow Leopard, Bols lychee and Angostura bitters topped up with chilled pink lemonade and a slice of pink grapefruit.

Guests could also purchase fundraising souvenirs, get their faces painted, their bottles of Snow Leopard engraved and all were entered into a competition draw which will allow two lucky people to see these rare animals in the wild and see the conservation work of the Snow Leopard Trust.

The Snow Leopard vodka was founded by Stephen Sparrow with an aim to raise funds and awareness of the snow leopard’s plight, with 15% of its profits going to conservation projects in Mongolia, China, India and Kyrgyzstan.

Distilled six times, the vodka is a favourite of Princes William and Harry, Vivienne Westwood and Stella MacCartney and has won awards around the world since its launch.