A glitch or a sea-change? That is the question about Diageo’s underwhelming full-year results for the year to 30 June. 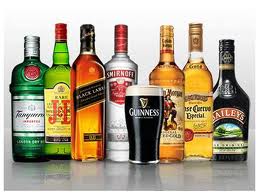 On virtually all measures, the world’s biggest premium alcohol producer under-performed analysts’ estimates despite issuing periodic statements to manage expectations down the year.

Pre-tax profits fell by 11.3% to £2.71 billion, while operating profit before exceptional items was 9.9% lower at £3.13bn. Total revenues fell by 8.5% while net sales were 9% down. Organic net sales, however, rose by 0.8% despite organic volumes being 2% lower. Organic volumes of Johnnie Walker, Smirnoff and Guinness fell by 6%, 1% and 5% respectively.

Chief executive Ivan Menezes admitted that the outcome was worse than he expected but pointed to several unforeseeable factors in the mix that have caused the shares to slide by about 10% over the past 12 months.

A “dramatic fall in sales levels” (78%) of the Shui Jing Fang baijiu as a result of China’s anti-extravagance drive meant a £264 million (£79m after tax adjustment) write-down in the value of the brand and forced Diageo to introduce less expensive versions of the spirit, the antithesis of its global premiumisation strategy.

In Kenya, sales of Senator Keg beer slumped by 80% in the wake of a swingeing excise duty increase while beer sales in Nigeria fell by 9% as fierce competition forced down prices.

The strength of the pound during the year wiped £800m from top-line sales, which translates into a £360m net hit. The effects were most noticeable in the US, Diageo’s largest market, Venezuela and South Africa.

On the plus side, however, sales from April to June were 0.8% up on 2013. North America, the most profitable market, is growing again albeit not uniformly and Europe has “stabilised”. Menezes expects the slump in baijiu sales to level out by the end of this year and said that emerging market volatility is “moderating”.

Most significantly, despite the weakness in emerging economies, which now comprise more than 40% of Diageo’s business, net sales of the “reserve brands” (including Johnnie Walker, Smirnoff, Bailey’s and Tanqueray, rose by 14% in the year and price increases drove higher margins.

A drive on costs will save up to £200m a year by 2017, three quarters of which will flow directly to profits. Much of that restructuring is already underway.

Menezes himself is bullish about the prospects, saying that in the next 12 months he expects both sales and profitability to improve. While issuing no specific forecast, he said “the top-line improvement will still be below long-term growth rates”. In translation, that means next year’s results will be improved, but not by much.

But the Menezes game plan is firmly longer-term. He points to Diageo gaining market share and expanding its margins in a disappointing year and believes that its new structure stands it in good stead to capture more market share from its competitors as demographics improve in its favour.

Forecasts suggest that the global market for spirits will grow to £18bn by 2017. Of that it is suggested that Diageo will take about £2bn in extra sales of Scotch and more than £1bn combined from vodka, Indian whisky and rum, while it will win extra sales of about £500m from North American whiskey, Tequila and gin. It will also take a third of the profits from the extra £2m-plus sales of Cognac through its 34% holding in Moët Hennessy.

Some of those extra sales will come from newly-won consumers in emerging markets where the proportion of potential drinkers in the population is likely to double from 8% to 17% by 2020. Even in more mature markets such as North America, demographics favour a switch to spirits from a growing population, especially of Hispanics.

In the high-price, high-margin super deluxe spirits categories Diageo reckons it has already overtaken Pernod Ricard for the top spot, holding a 13.1% global market share compared with just 8.9% three years ago. And with increased investment in product development and innovation, it is intent on increasing that share.

Further, gaining control of India’s United Spirits gives Diageo huge leverage in a market that Menezes foresees becoming even larger than China – and he remains bullish there despite the baijiu horror last year. Indeed, Menezes believes that within a decade India will be Diageo’s second largest market (after North America).

Of course, none of those hopes and targets will become profits until they are achieved. Menezes reckons he has the structure in place to do just that and as a sign of confidence, he has increased the dividend by 9%.

And despite the potential problems in emerging markets, he has more than £1.2bn free cash flow in his back pocket from last year as firepower for acquisitions or extra marketing drives.

The numbers are in his favour, at least in the long term. All he has to do is deliver.