A gin dedicated to one of Hollywood’s biggest film icons is set to launch in the US and UK in association with the late Humphrey Bogart’s estate. 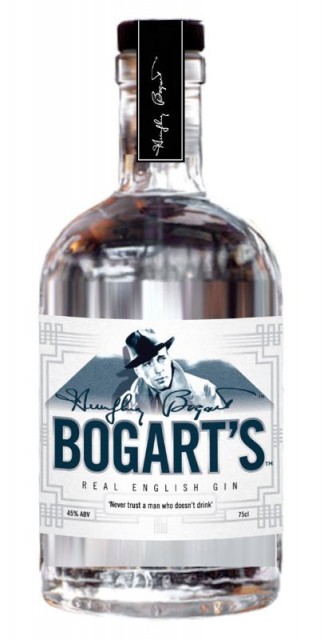 Humphrey Bogart began acting in 1921 and went onto become one of America’s great cultural icons making his breakthrough in 1941 starring as the lead in both High Sierra and The Maltese Faction, later appearing in films including The African Queen and Casablanca.

Bogart was said to be a great lover of gin, making this partnership all the more authentic for his family who have lent their support to the project.

Stephen Bogart, son of Humphrey Bogart and Lauren Bacall, said: “For the Bogart Estate to lend my father’s name to a project, we look for a great partner and an authentic connection. It doesn’t get any better than teaming with the co-founder of Patron Tequila to bring Bogart’s Gin to the world.

“Like Bogie, the gin is classic, no-nonsense, and smooth. Since my father was a very quotable man, each bottle will contain a great Bogart quote.”

One such quote to appear on bottles of the gin will be Bogart’s now famous, “never trust a man who doesn’t’ drink”, while the gin itself has been described as “small-batch, hand-crafted artisanal gin.”

Robbert de Klerk, who co-manages the Humphrey Bogart Estate with Stephen Bogart, added: “Bogie loved gin, and it was one of his private passions that he incorporated in his film performances. Casablanca’s Rick Blaine was a chess player because Humphrey Bogart was a passionate chess player.

The boat in Key Largo was named Santana after Bogie’s own boat. And gin featured in his films because Humphrey Bogart loved to drink gin. We are very proud of Bogart’s Gin.”

The gin will be bottled at 45% abv and distilled in Cambridge with an RRP of £35, with ROK expected to announce its US distributors in the next month, following by the UK.