The price of Argentine wines will remain stable, according to one importer, despite the country being in the grip of an economic crisis. 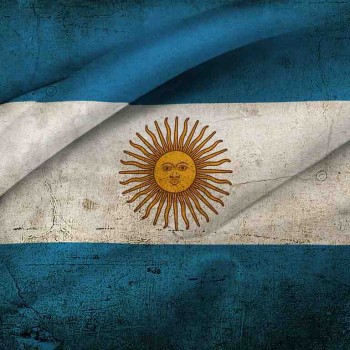 As the Argentine Peso continues to drop against the British Pound and the US dollar, consumers in those two major Argentine wine markets are unlikely to see a difference in price as the impact of recent inflation, carried for the most part by Argentine producers, finally levels out.

Argentina is in the middle of an economic crisis with a second default in 13 years and an economy ravaged by recession and social unrest.

Speaking to the drinks business Laurie Webster, chief executive of Argentine wine importer Las Bodegas in the UK, said the market is finally catching up with reality.

“The Argentineans have been battling hyperinflation since the currency crash in 2008 where the peso lost 25% of its value.”

“They’ve seen a 25-30% year on year increases for corks, bottles and equipment and producers have managed, by and large, to keep their prices stable,” he said.

Therefore Webster argues the artificial stability over the past five years has been maintained to the detriment of the Argentine producers themselves.

“To a large extent it will be more of the same but I take my hat off to them as they’ve tried to keep their prices stable despite ever increasing costs,” he said.

While importing foreign winery equipment such as presses and vats will continue to be difficult as the Kirchner government cracks down on currency leaving Argentina Webster argues prior investment stands the industry in good stead.

He said: “The Argentine wine industry is fledgling but in many ways also reaching maturity so they should be able to get away with the existing infrastructure.”

And despite recent UK industry reports suggesting Argentine wine prices are set to increase and thus fly in the face of economic common sense Webster says it is also unrealistic to expect producers to drop their prices arguing that Argentine producers were due a break.

“Even if it was a full devaluation, which it is not, if you can obtain some benefit from short term shifts in the exchange rate wouldn’t you take it? The whole thing needs to be looked at in the context of the huge inflation of recent years,” he said.

But as the pressure on Argentine producers drops off Webster said there is potential for difficulties in other areas noting: “Strike action and domestic unrest are a very real possibility and logistics in Argentina are a constant headache.”

Quoting recent Neilson figures showing UK growth of 21% on Argentine wine sales for the previous 12 months Head of Wines of Argentina Europe, Andrew Maidment, stressed the position currently occupied would only improve in the foreseeable future adding that if prices change at all, it would be a decrease, not an increase.

“We’re in a good position in the market with consumer confidence and positive new relationships with several major retailers,” he said.