Strong beer sales boosted by good weather  helped UK brewery Adnams increase its turnover by £4 million in the first half of 2014. 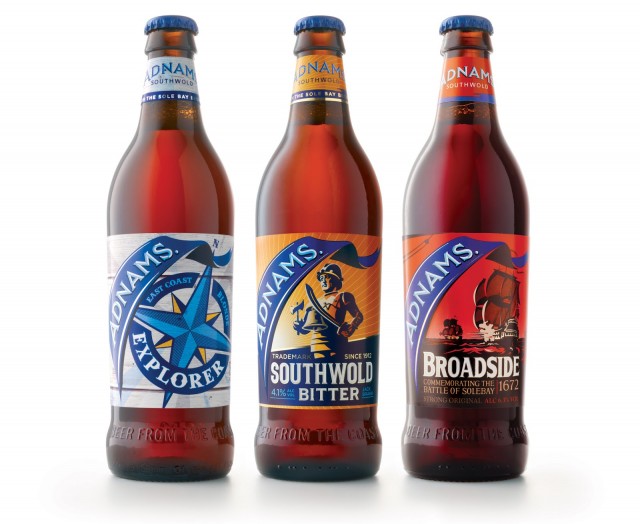 Revenue grew to £30.1m at the Suffolk brewery for the half year ending 30 June 2014, a 15% increase compared to the same period in 2013 when the brewery recorded revenue of £26m, while the group’s operating profit increased 29% to £862,000, according to its interim report released this week.

Performance was driven largely by the pub operator and brewery’s own brand beer sales, which grew 18% by volume in the first six months of 2014.

Jonathan Adnams, OBE and chairman of Adnams, attributed the success to its focus on developing its beer brand and working in partnership with other breweries to produce collaborative brews.

He said: “The largest driver of the volume increase in the last six months came from this strategy. We are delighted with this achievement, but such beer volume is volatile and can vary by large amounts between different periods.”

Adnams noted the continued difficulties faced by UK pubs, which are currently closing at a rate of 28 per week, with its own smaller rural pubs said to be under “particular pressure.”

Its spirits arm, while “still small” in terms of overall company sales, saw volumes rise by 40% with Adnams own brand Copper House Distilled Gin said to have been a “particular boon” to sales having won a gold outstanding medal in the 2013 International Wine & Spirit Competition.

However Adnams admitted that its pre-tax profits in 2013 were boosted by property profits of nearly £790,000, largely from the sale of Southwold Arms, noting that its profits were “weighted towards the second half and our first half profit can be quite variable.”

Looking toward the second half of the year, Adnams said despite positive half-year results, “caution was necessary.”

He said: “The first half of 2013 was not strong, but the second half showed good growth so comparators will be much tougher. Fundamental trends within the beer and pubs industries will not alter quickly and the better weather and improved economic outlook will not always be the case.

“We have been a business unafraid to make major investments and our brewery in particular has been transformed over the last ten years. The benefits from this have allowed us to manage volume increases and have given us the flexibility to brew a wide variety of beer styles.”

“We believe that the long-term intergenerational perspective afforded by our structure, having its roots as a family business, has been very helpful in facilitating these investments. As noted in our 2013 accounts, we plan further investments to build additional production capacity and flexibility and we will comment again on this in our 2014 full year accounts.”