A UK hotel made famous by Peter Kay’s hit show Phoenix Nights has been busted for selling fake vodka. 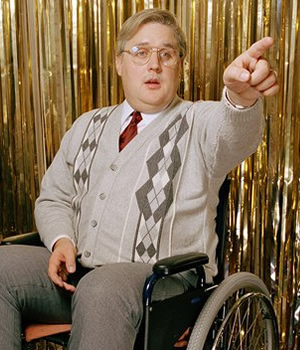 Up to 40 boxes of counterfeit vodka were seized by officers from The Lyndene Hotel, in Blackpool, which appeared in the show as the fictional Le Ponderosa hotel, according to a report by The Blackpool Gazette.

The hotel was found to be stocking vodka whose alcohol content varied considerably, a clear indication that the bottles were counterfeit, later confirmed following tests.

The seizure mirrors the hotel’s fictional persona, with the Le Ponderosa hotel known for selling non-brewery made beer in the comedy sitcom.

Councillor Gillian Campbell, Blackpool Council’s cabinet member for public protection, told the paper: “The biggest issue is the uncertainty that business buying products like counterfeit alcohol, and in turn their customers, face because of a lack of product testing.

“In this case we found the alcohol was below the abv it claimed to be.

“Counterfeit alcohol could potentially pose a risk to health and therefore we would advise people to only buy products from reputable suppliers.”

The hotel did not respond to requests made by The Gazette for comment.