A Major League Baseball team has installed self-serve beer machines at its home stadium allowing fans to pour their own Bud Light and craft beers at game time. 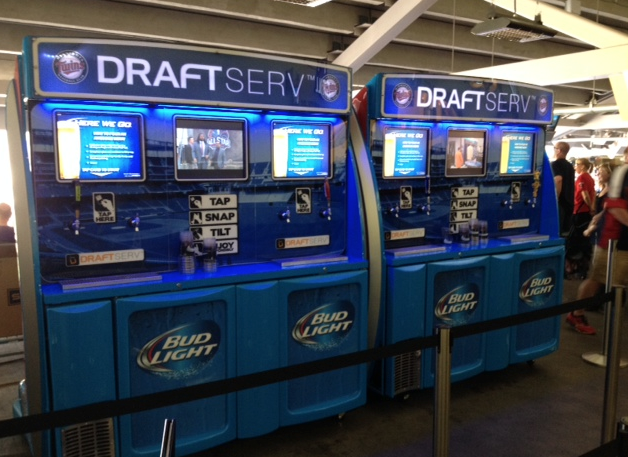 The Minnesota Twins home ground, Target Field, is the first sporting franchise to install the machines which will see fans be able to pour up to 48 fl. ounces (just over two pints) of Budweiser, Bud Light, Shock Top Lemon Shandy and Goose Island’s 312 Urban Pale Ale in one go.

Fans who want to pour their own brew will have to buy a card from a vendor who will also check their ID, they then scan the card and choose one of the four drinks and how much they want, up to 48 ounces at a time at around $0.40 per ounce.

Jeremy Jacobs of Delaware North Concessions, the concession manager that is providing the machine, said: “There’s obviously some novelty value to this, but it also allows people to pour what they want.

“If they want half of a cup, that’s all they will pay for.”

Jacobs added that staff will be monitoring the fans to ensure that inebriated drinkers are not able to continue serving themselves more beer.

If the response from fans is positive and the initiative seems to work well then Jacobs added that it could be taken to other MLB ballparks – an advance sale of concessions cards for an All-Stars game on Sunday 13 July saw over 100 cards sold for between $10 and $20.

“It’s just something we are testing to get a sense of what the customer wants,” he said. “Is it something they enjoy and something that is going to create a level of loyalty to the ballpark and the stadium?”