A new UK-based wine merchant is attracting international customers by basing its business entirely on sales of mature wine. 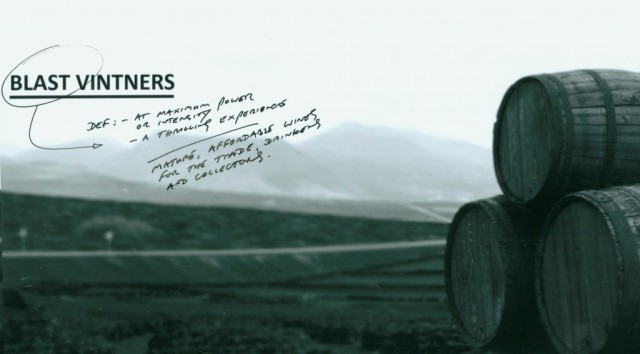 Established in February this year by former Roberson Wine manager Joe Gilmour, Blast Vintners carries a 190-strong wine portfolio, of which 80% are European and just over 50% French.

“We define mature as being ready to drink,” he told the drinks business. “We don’t want to get too far into the very old model because it’s difficult to guarantee the experience that people are going to get and to make them affordable.” As a result, the majority of the wines date from the late ‘80s to the early 2000s.

Despite the focus on offering small parcels of older wines, Gilmour emphasised: “I really wanted to make it as accessible as possible.” As a result, one third of the wines on his list fall below £30, while two thirds of the remaining portfolio is priced under £50.

“95% of our wines are the cheapest price in the UK market,” Gilmour remarked: “When you don’t have exclusivity it’s very important to be as price competitive as possible.”

Although conceding that the venture is “quite niche” in focus, Gilmour maintained: “There are a lot of people who are interested in that sort of service.” Recalling his previous job, he noted: “When I was at Roberson a lot of wines that were very successful were wines that fell into that criteria.”

At present Blast Vintners’ customer base is split evenly between private clients and trade, although Gilmour revealed: “Interestingly I’m exporting quite a lot to the US and Far East.”

As for specialisms within the range, he noted: “There are certain styles and producers I always look out for. We have a lot of stock from traditional style producers in the northern Rhône.”

In addition, Gilmour flagged up Rioja as an important area. “It’s a perfect example of a region where you have a plethora of old wines available, sometimes at not much more than the release price,“ he observed.

Although the New World represents a smaller proportion of the business, Gilmour noted: “I’m quite interested in the traditional styles of Californian wine.” However, in general he observed: “There are a lot of wines in the New World that don’t always age as well as things in Europe, especially where producers went through a phase of making that high alcohol, very fruity style.”

On the issue of provenance, Gilmour stressed: “I’m not going to buy or offer anything that I’m not happy with.” What’s more, he added: “If I sell something to a customer and they’re not happy then I’ll take it back. We’re very much trying to build long-term relationships with people.”

As a safeguard, he remarked: “We try to buy off well stored private collections as much as possible,” noting: “There aren’t that many producers who keep big stocks of really old wine.”

While acknowledging that the UK retail scene has no shortage of places that already sell older wines, Gilmour suggested that there was space for a specialist such as Blast Vintners.

“The traditional fine wine merchant is unimpeachable,” he acknowledged. “They do really interesting wines at good prices, but I feel these get lost sometimes in the cases of ’09 Lafite and other blue chip stuff.” As for the high street wine retailers, Gilmour argued: “They do often have interesting parcels but you have to look for them.”

By contrast at Blast Vintners, Gilmour explained: “What I’m trying to do is have a bigger selection that is as curated as possible and to be a single source. I’m not looking to be massive – we’ve trying to offer a personal service so it’s not easy to scale up beyond a certain point. I want to help like-minded people find interesting things.”