A “grotto” made from 5,000 wine bottles has been shortlisted as one of 32 finalists in the UK Shed of the Year competition. 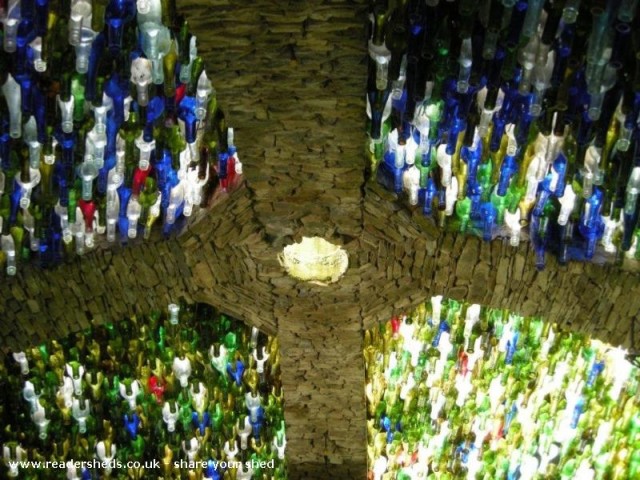 Bottle Dome was built by 75-year-old Richard Pim of Pembridge, Hertfordshire, who described his masterpiece, in which 5,000 bottles are set between crossed arches, as like a “huge hot-cross bun”.

Entering the competition for the first time, the retired engineer said: “Some parts of the glass hemisphere directly face the sun at all times of the day, giving an extraordinary sparkle which is reflected in an interior pool. 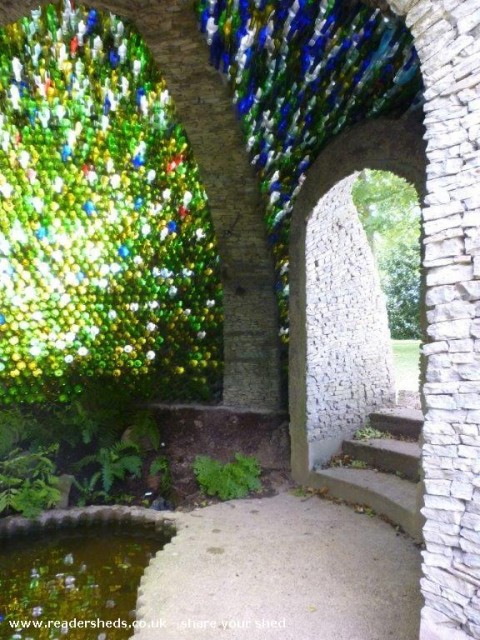 “It has a bench inside and is quite big (3.1 m from floor to the inside ceiling and 5.0 m in width). It is a feature for my garden. I made every part of the dome myself – and emptied a good few of the bottles!”

The 19ft wide dome is just one of Mr Pim’s garden creations on show at Westonbury Mill Water Gardens which he has spent the last 14 years building and is open to the public.

Mr Pim’s ‘eco-shed’ is one of 32 sheds, whittled down from 2,000 entries, competing for the title of 2014 Shed of the Year across eight categories.

Other finalists include a number of “pub sheds” which have been transformed by their owners into pint-sized locals.

The Appleton Arms, owned by Mark Appleton of St Helens in Merseyside, was built as a tribute to Mark’s late father and brother.

It contains a traditional hand-made wooden bar, a snug area, real pub signage, a dartboard and a wood burning stove.

Another contender in the pub shed category is Charlie Browns, owned by Patrick Lynch from Billericay, who has spent two years crafting his pub complete with a pool table, slot machines, juke box and bar with enough space for 60 people.

All of the finalists are set to feature in a three-part series of Channel 4’s George Clarke’s Amazing Spaces, who will announce the overall winner.

Clarke said: “The nation’s love for transforming their garden shed to an extension of the home is really trending right now.

“The TV series reveals some of the most creative, beautiful and unusual shed spaces, as well as meeting the talented people behind them.” 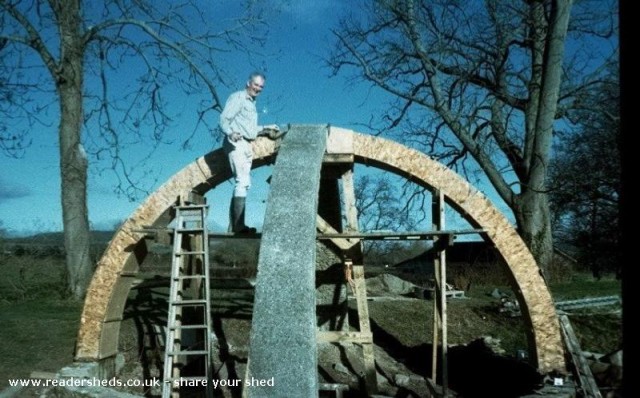