Jude Law has become the latest celebrity to align himself with a drinks brand as the British actor stars in a new film commissioned by Johnnie Walker Blue Label. 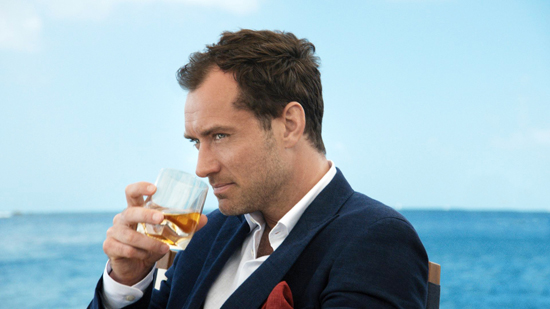 Titled “The Gentleman’s Wager”, the blended Scotch brand’s short film was directed by Ridley Scott’s son Jake Scott and was shot in the British Virgin Islands and London. It is due for release on 30 July 2014, but a preview is available to view here.

Playing alongside Italian actor Giancarlo Giannini, Law takes on the role of a man who “despite having it all, uses a wager as an excuse to challenge himself and strive for something he wants, but can’t buy.”

Commenting on the project, Law said: “The film is about improvement and progress and this is something I try to do in my work and life. I had to learn new skills through the shooting of this film, that combined with the places we visited and shot in, alongside working with Jake and Giancarlo too, made it a truly rare experience.”

Law joins a host of celebrities who have aligned themselves with drinks brands, from George Clooney with Martini to Scarlett Johansson with Moët & Chandon. Recent years have also seen a number of brands form an even closer alliance with these stars, such as the joint venture between hip-hop artist P Diddy and Diageo’s Cîroc vodka.