The end of June may have marked watersheds for both Diageo and Pernod Ricard, respectively the world’s two leading premium alcohol groups. 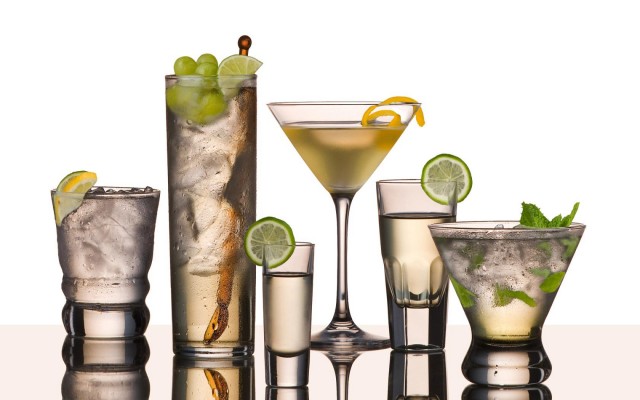 At the end of the month both groups drew a line under a difficult financial year and now investors are waiting for the results to gauge what lies ahead.

Two things are certain. Both groups will report increased net profits and each will raise its dividend yet again. That has been the pattern over the past decade no matter the condition of the global economy. And despite both companies paving the way for less spectacular results in the year to 30 June than in the past, it would be cataclysmic for either’s shares if the established pattern were broken.

Both groups are engaged in cost-cutting drives designed to save £200m a year (Diageo) and £150m (Pernod Ricard) and both are in the throes of management change. Diageo has restructured its divisions to give greater focus and flexibility to regional groups, a move imposed by new chief executive Ivan Menezes. Meanwhile, Pernod Ricard is engineering the handover of control from chief executive Pierre Pringuet, who retires early in 2015, to Alexandre Ricard.

But the financial year they have just entered could turn out to be momentous for both companies.

Pernod Ricard has spent the past five years consolidating Absolut into its portfolio and paying down the debt it incurred to buy Vin & Sprit back in 2008 for some €5.7 billion. But now that its debt is rated investment grade in the US, where almost 50% of its borrowings are sourced, the French group is back on the takeover trail.

This year it has spent almost $100m each on gaining majority control (84%) of Avion, the ultra-premium Tequila rapidly increasing its US sales, and Kenwood Vineyards, the premium California wine producer.

By adding Avion to the super-premium Olmeca Altos brand, Pernod Ricard has filled what many perceived as a weakness in its portfolio and at the same time has signalled a determined drive in the Tequila segment of the burgeoning US market. US Tequila sales have doubled in the past decade. Avion’s sales rose by more than 90% last year to 52,000 cases – a comparatively small volume but achieved from a standing start five years ago and realising mind-boggling retail prices.

But observers do not expect Pernod Ricard to stop there. A few months ago Pringuet said he could spent up to €1bn on the right acquisitions – premium priced brands with global potential. He still has most of that in his back pocket. Nor will the impending management handover prevent the French group from swooping if other opportunities occur. Pringuet and Ricard have been working hand in glove for the past 18 months, so the strategy should be seamless.

Diageo is in a different part of the business cycle. Menezes is firmly in the driving seat, having taken over from Paul Walsh a year ago, and is imposing his shake-up. The group’s most pressing task, however, is the assimilation of United Spirits into its global structure and practices. Having paid just over £1.1bn for 54% of USL, Diageo’s debt has risen to about £10bn and some suggest that it will have to write down up to £400m to bring the Indian giant into line with its own accounting standards.

On that we will have to wait and see, but overall Diageo’s debt is not a concern – the interest payments are covered almost 10 times by earnings and it retains the ability to make niche purchases. But is it in a position to clinch a big deal if an improbable one came along?

That is why rumours spurred by the normally well-informed Financial Times have developed an energy of their own. The FT suggested that the world’s number two brewer, SABMiller, was proposing a get-together with Diageo in a bid to thwart a takeover by AB Inbev, the dominant force in global beer production. Whether the plan was for a merger or a takeover of Diageo’s beer interests is unclear.

It is widely known that Diageo and SABMiller discussed dismembering the old Scottish & Newcastle back in 2007 but nothing came of it. But combining their beer interests now would yield sizeable synergies.  Guinness and the East African brewing interests generate about 23% of Diageo’s global sales and would cement SAB as the dominant force in beer on the Dark Continent at the same time as rendering the brewer untouchable to AB Inbev.

So, surprise, surprise, analysts have noted that AB Inbev itself is comparatively weak in Africa, so now the speculation is turning to the possibility of it targeting Diageo’s beer division and leaving Menezes at the helm of a focussed global leader in spirits.

Diageo has been increasing its beer margins in Africa despite regional difficulties in Nigeria and Kenya. It  has also been using its beers as a route to market for increasing spirits distribution. Despite the old questions about beer and spirits really mixing (Guinness took over the old Distillers Company as recently as 1986), Menezes would hold a powerful hand in any discussions with either of the global beer giants.

As is usual in such situations, nobody is commenting, but Menezes will be under pressure to do so when he unveils Diageo’s results on 31 July.