Coravin goes on sale at Harrods

“Game changing” wine access system Coravin, which allows users to pour wine without popping the cork, has gone on sale in the UK at luxury department store Harrods. 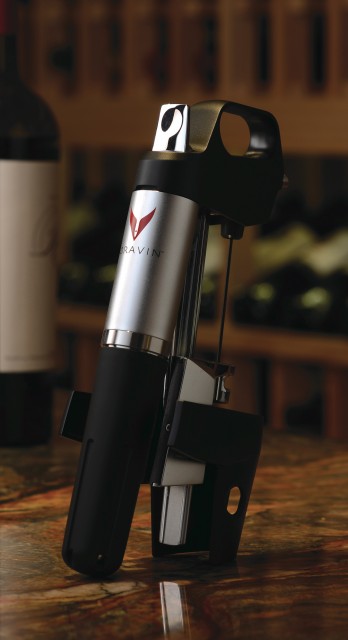 Harrods has signed a deal with American-owned Coravin to be the exclusive retail partner for the UK launch of the gadget, which has attracted a lot of attention in the wine world.

The gadget goes on sale today in The Wine Rooms on Harrods’ lower ground floor priced at £269, with packs of two argon capsules costing £15.95.

“We are proud to be launching in the UK with Harrods whose Wine Rooms are a global destination for wine enthusiasts – the perfect partner for Coravin,” CEO Nick Lazaris said.

“I’ve tested the Coravin over the past year and have been astonished by the consistently brilliant results,” Edward Gerard, Harrods wine & spirits buyer added.

The device is already proving popular in London restaurants and wine bars such as 28-50 and Sager + Wilde due to its ability to allow for fine and rare wines to be sold by the glass without fear of the wine turning to vinegar if it doesn’t sell.

Coravin has been widely hailed as a “game changer” by early adopters.

US wine critic Robert Parker described Coravin as: “the most transformational and exciting new product for wine lovers that has been invented in the last 30 years.”

A decade in the making, Coravin technology works by passing a thin, hollow needle through the foil and cork of a bottle and into the wine.

The bottle is then pressurised with argon gas in order to push the wine back through the needle and into a glass without any oxygen entering the bottle.

Its makers assure that after use, the wine will continue to evolve at a natural pace meaning a single bottle can be tasted on multiple occasions for years without the threat of oxidation.

While the partnership with Harrods is positive news for Coravin, it hasn’t all been plain sailing for the brand.

In June the company was forced to issue a warning to customers after it received reports of seven bottles exploding, with one causing injury to its user.