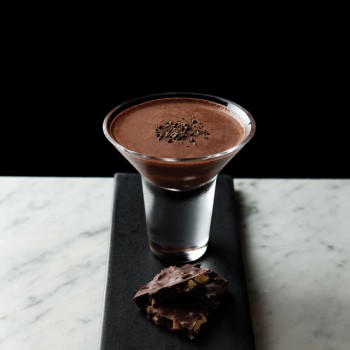 There’s no shortage of buzzing bars and flashy openings in Hong Kong but sometimes it’s the older bars that stand the test of time by consistently putting out cocktails and drinks of the highest quality and execution. 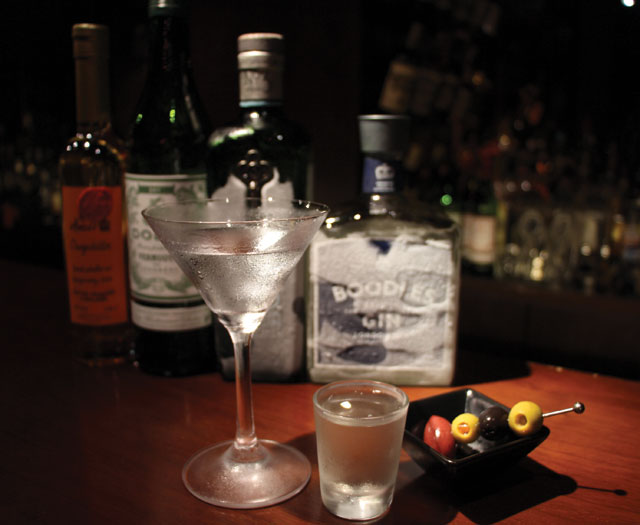 Long considered the pinnacle of intimate, Japanese-style cocktail-making in the city, b.a.r. Executive is a private member’s club and therefore a bar which one absolutely must try their hardest to get a booking at. Pinch, borrow, or steal: land a reservation (or better, make friends with bartender- owner Hiidome Ichiro) here and you will experience one of the truly hallowed drinking adventures to be had in the city.

Martini-wise, although the bar features mostly whiskies from all over the globe, Ichiro-san makes some of the cleanest martinis you’ll taste, utilising jet-fresh fruits from Japan for those looking for something fruity, but a real favourite is his vodka dirty martini made with Ketel One and an especially piquant brine. 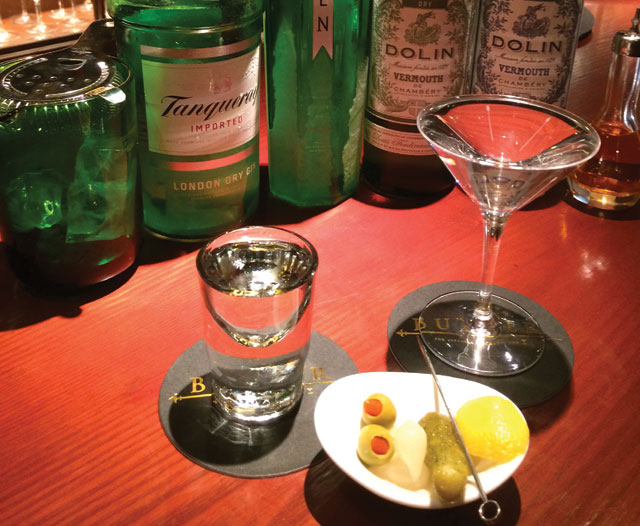 As with any good Japanese cocktail bar, meticulous preparation and execution is key. And at Butler, located on the fifth floor of a rather anonymous looking commercial building in the heart of Kowloon’s Tsim Sha Tsui district, standards are held to the highest code possible. This quiet, 20-seat cocktail den is the first bar by Masayuki Uchida and is widely considered to be one of the city’s best-kept secret drinking holes.

Aside from exquisitely crafted cocktails and a veritable library of Japanese whiskies, Uchida-san also makes a pretty fine classic martini, and one of his most memorable drinks is made from Tanqueray No. Ten with a splash of Dolin Vermouth de Chambéry. The pristine Casablanca-style white dinner jackets simply round off what is an intimate, unforgettable drinking experience. 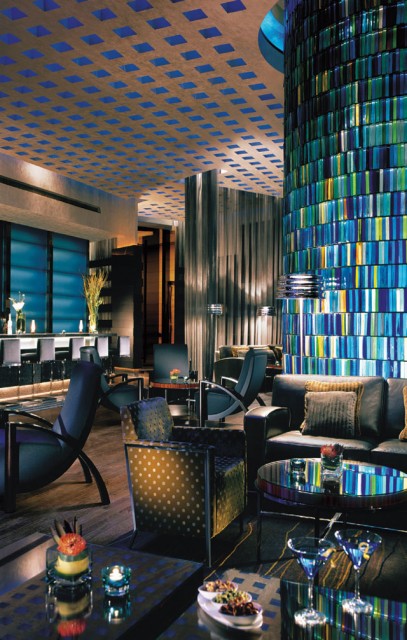 Nestled in the exquisite Four Seasons Hotel with one of the city’s best views of the harbour is Blue Bar. Like the rest of the hotel, Blue Bar attracts a sophisticated and stylish clientele – and the drinks here are easily a perfect match. Despite access to the hotel’s superlative wine list, Blue Bar’s main strengths lie in their cocktails and the martinis here do not disappoint at all.

Gin, vodka, clean, dirty – whatever is your tipple (and moral purity) – the bar excels and uses some of the finest gins and vodkas available. But it’s not just the martinis you’ll be here for, the snack menu is easily one of the best in town for a bar and it is quite easy to find yourself eating a full dinner – all the better to soak up those ‘tinis. 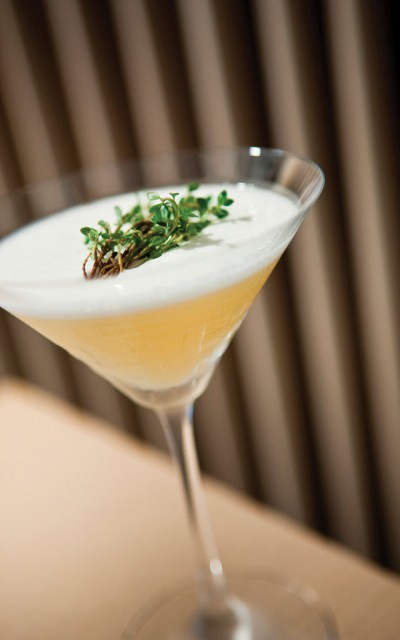 The Cafe Gray Deluxe Bar is located on the 49th floor of Upper House, Swire Properties’ flagship boutique hotel. Once you hang a right turn from Gray Kunz’s restaurant entrance one is greeted by stunning views of Hong Kong from each of the booths, which function as perfectly stylish cubbyholes for intimate drinks with friends.

Standout martinis include the Pineapple & Thyme Martini made with Ketel One Citron vodka, pineapple, lemon and thyme sprigs, but another great one is Beautiful Martini made with Belvedere Orange, Grand Marnier and raspberry, lime, pineapple, and Champagne. They’re fruity, but are excellent additions to the classic martini line-up. 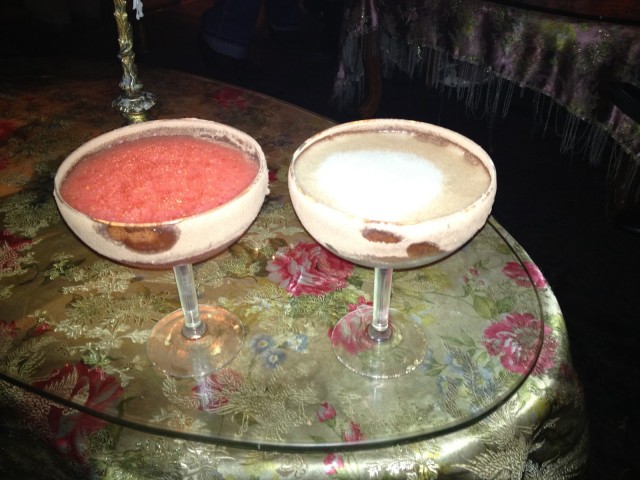 An old classic, Featherboa is a stalwart for those “in the know”. Hidden behind two anonymous, worn blue French windows on Staunton Street, the bar may have lost some of its lustre in recent years but has a faithful following and continues to put out one of the city’s best Chocolate Martinis, topped with not one, but two Maltesers for added fun.

Ask for a straight up dirty vodka martini made with Ketel One and you won’t be disappointed either though. 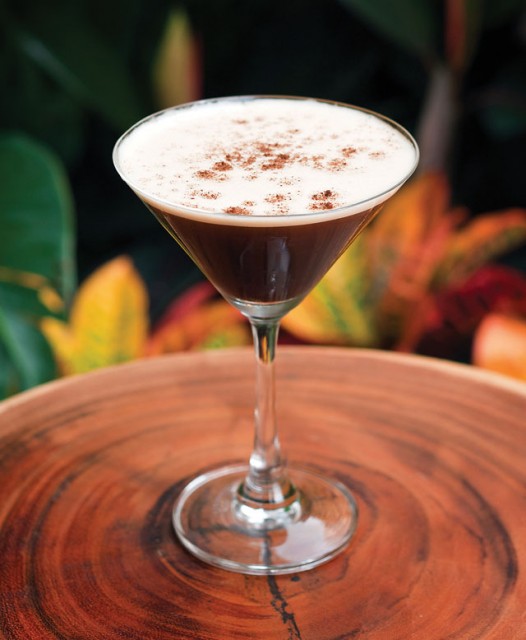 Honi Honi is the city’s only tiki bar specialising in serving up rum-based drinks with a Caribbean flair and sophistication.

Opened by Max Traverse, a bartender who has trained under some of the most influential bartenders from New York and London and was formerly at The Library Bar in the Lanesborough Hotel London, Honi Honi has established itself as a bar where the drinks are fun, quirky, and of a supreme standard.

The Half-Half Martini is a highlight, so called because of the equal portions of Tanqueray No. Ten and Grey Goose, topped off with Mancino Secco Vermouth and lemon zest for aroma. If you’re not a slave to rigid traditions, this makes the perfect introduction for the vodka martini drinker to gin as there is less flavour from the juniper botanicals that make up much of gin’s flavour and aroma. 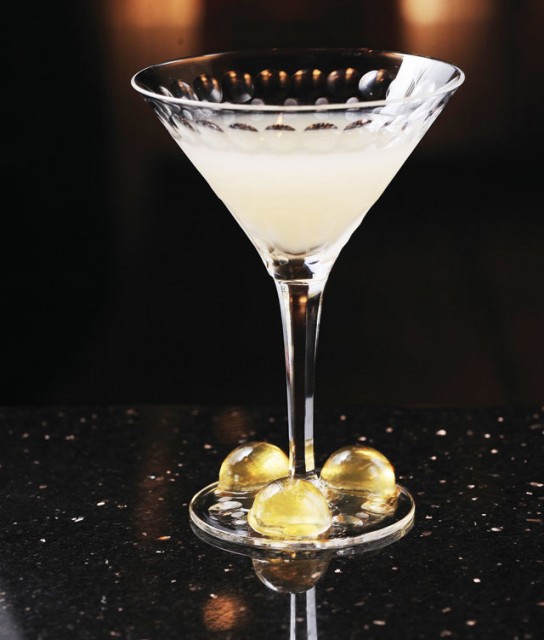 Sleek and sexy, dark and swanky, M Bar looks out over Central from a 25th floor vantage point atop the Mandarin Oriental Hotel. A semi-circular bar takes up the majority of the space while the ceiling features a grid-like pattern that is both contemporary and industrial at the same time. The real clinchers are the floor to ceiling windows, however.

Although each bar and restaurant in the hotel is perfectly capable of serving up drinks of a similarly high standard, M Bar’s classic gin martini is one of the city’s best, though a highlight for those looking for something with a bit of a twist would be their Earl Grey Mar-tea-ni made with a homemade Earl Grey-infused gin, orange juice, and a sprinkle of sugar. 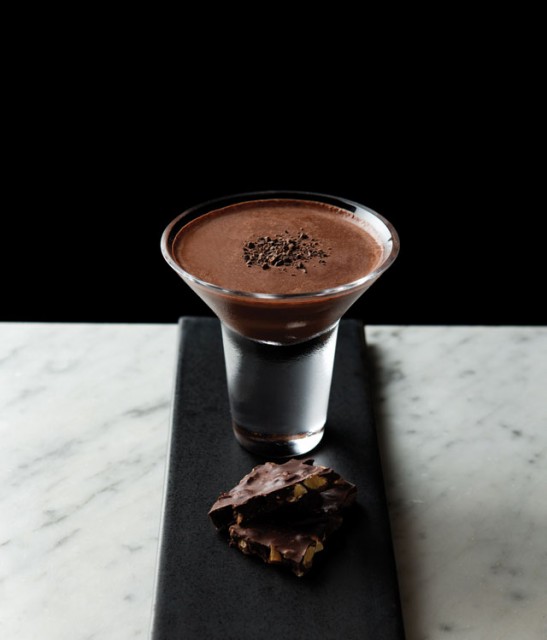 Known primarily for its superlative three Michelin-starred contemporary Italian cuisine, the bar was also designed and set up by Giancarlo Mancino of Mancino Vermouth fame. The same bar is also now home to some of the best drinks in the city as a result, expertly crafted by bartenders who also pride themselves on knowing the rigorous demands of their regular clientele.

Aside from the classics, the bar here prides itself on their Bellini Raspini Rossini Martini, their deeply flavourful Chocolate Martini, and finally the Otto Taco Martini. 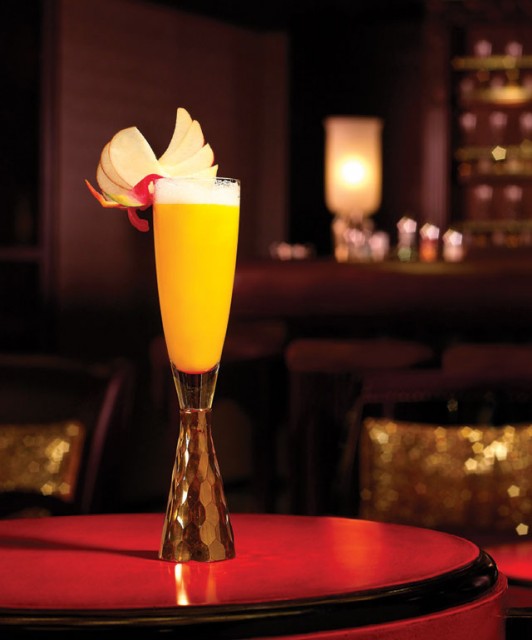 One of Tsim Sha Tsui’s best not-so-well- kept secrets is Salon de Ning in the basement of The Peninsula Hong Kong Hotel. Long an establishment for drinkers, movers, and shakers of the city, the bar is modelled on a salon from 1930’s Shanghai socialite Madame Ning and is a great escape from the maddening crowds that can make up Hong Kong’s largest shopping district.

Almost any drink here is expertly executed but the real favourites lie with the classics: straight up gin or vodka martinis coupled with some delicious bar snacks. Unbeatable. 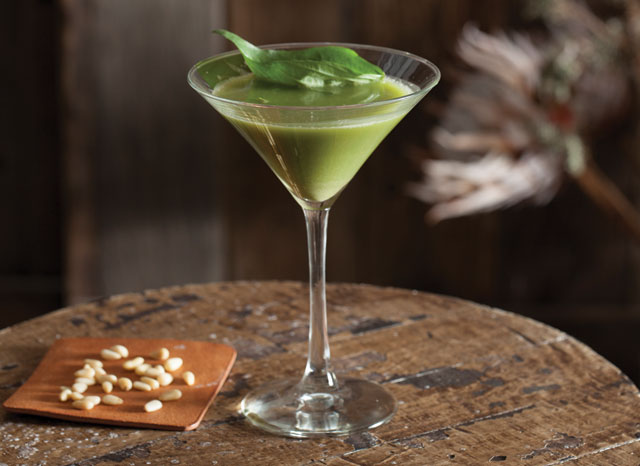 A relative newcomer to the city’s drinking scene is Stockton, a speakeasy-style bar tucked away down a dark anonymous Wyndham Street alleyway and only accessible via a fingerprint scanner. It’s dark, sexy, and much like the private boy’s club you’ve always wanted to be allowed access to. With a wide selection of cocktails and bar snacks, you’ll discover the perfect martini in the classic gin martini made with Tanqueray No. Ten. You might find some of the fruitier options a tad sweet.