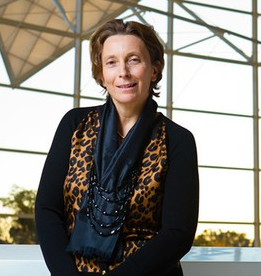 Having spent over 20 years with the L’Oréal Group in Asia, Europe and North America, Chapoulaud-Floquet moved from heading up the US arm of its luxury division to join Louis Vuitton in 2008. After developing the fashion house’s presence in Taiwan and establishing its Southern Europe division, she was promoted to the post of president and CEO for the Americas region.

The confirmation of her latest move to Rémy Cointreau comes nearly six months after former CEO Frédéric Pflanz resigned from the same role after just three months in what has been a challenging year for the group as a result of its heavy exposure to a challenging Chinese market.

Announcing the news, Rémy Cointreau chairman François Hériard Dubreuil said: “The arrival of Valérie Chapoulaud-Floquet marks a new phase in the development and ambitions of the Rémy Cointreau Group. Valérie has demonstrated her outstanding leadership qualities through a largely international career within highly renowned companies.

“We are delighted that she is joining us at the helm of the Rémy Cointreau group: her keen understanding of the brand, her knowledge of the luxury sector, and her well known temperament and charisma are all assets which will enable her to perform her role to the full.”