Queen to smash bottle of whisky

A naming ceremony for the Royal Navy’s largest ever ship this week will see the Queen smash a bottle of Scotch against the vessel instead of the traditional Champagne. 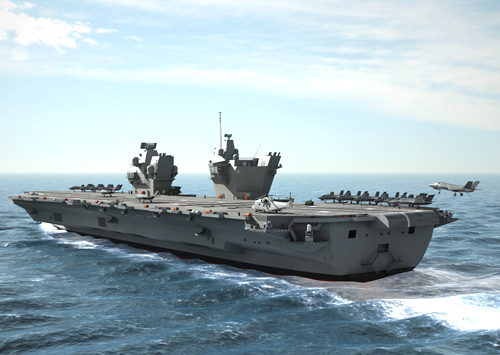 The new 65,000 tonne aircraft carrier HMS Queen Elizabeth will be officially named by the British monarch this Friday in the Scottish dockyard at Rosyth in Fife.

In honour of the event’s location, the ancient naval tradition of breaking a bottle against the hull a new ship will feature a bottle of Scottish whisky. This will be provided by Bowmore Distillery in Islay, the first distillery ever visited by the Queen in an official capacity.

Commenting on this decision, Scottish Secretary Alistair Carmichael said: “As someone who grew up on Islay I know how much it will mean to the community to have their whisky playing a central role in such an important occasion.

“World class whisky and world class shipbuilding are two of Scotland’s finest products so Friday promises to be a special day when we blend the two of them.”

Construction work began five years ago on the ship, whose flight deck is the size of three football pitches, and it is due to enter service in 2020. Work on a sister ship, HMS Prince of Wales, is set to commence at Rosyth later this year, with the combined project estimated to cost around £6.2 billion overall.