Almost one in four parents will be giving their children alcohol to celebrate the end of school exams this summer, says Drinkaware. 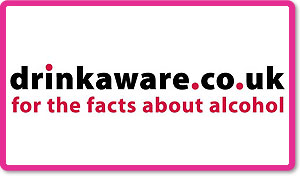 Drinkaware is urging parents not to give children alcohol to celebrate the end of exams, as their developing adolescent bodies can be damaged by its effects.  Drinkaware says: “The Chief Medical Officer’s guidance states that an alcohol-free childhood is the best option, as alcohol can damage a young person’s developing body. Giving children alcohol to take to parties could normalise a drinking culture from a young age.”

The Drinkaware survey shows that 23% of parents are giving alcohol to children after the exam period, and on average, a child aged from 14-17 can expect to receive an average of 9 units of alcohol to take to post-exam parties, holidays or festivals.

Drinkaware also says that outside the exam celebration period more than half (54%) of parents surveyed said they have given their child an alcoholic drink. The large majority (86%) of parents whose children have asked them for alcohol have given it.

Elaine Hindal, Chief Executive of Drinkaware, commenting on the survey, says: “The average amount some parents are providing is equivalent to a whole bottle of wine, and that is more than enough to get a 15 year old drunk. No parent wants to think of their child out on their own being drunk and vulnerable, but effectively that is what we could be facilitating by giving alcohol as a reward.”