The Japanese owners of the Godzilla franchise have forced a brewery in New Orleans to change the name of one of its beers after filing a lawsuit for copyright infringement. 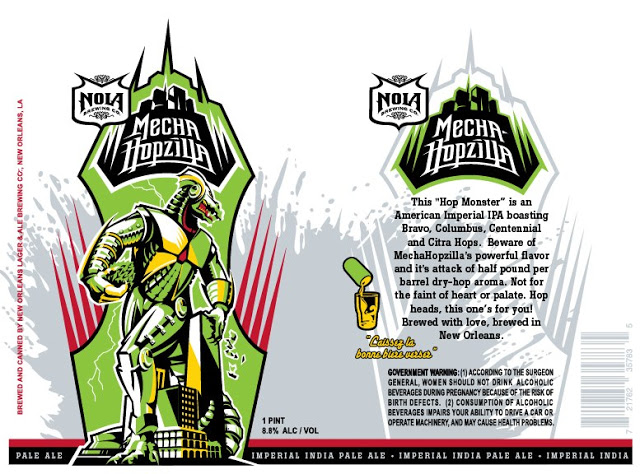 New Orleans Lager & Ale Brewing has agreed to change the name of its “Mechahopzilla” beer by the end of the year after Toho Co. which owns the copyright to Godzilla threatened legal action.

Toho claimed that the name of the beer and the giant lizard on the label were a copy of “Mechagodzilla”, a mechanical incarnation of the nuclear fire-breathing lizard that has appeared in five films since 1974.

The lawsuit stated that the brewery is using the imagery to, “take advantage of the goodwill and public familiarity with the Mechagodzilla Character, and to create an association in the minds of customers that its product is somehow affiliated with, or sponsored, endorsed or sanctioned by, Toho.”

The brewery has said it will change the name of the beer to simply “Mecha” but keep the “lizard-like” figure on the label, pending approval from Toho.

The brewery argued in court that the beer was a parody.

Mechagodzilla first squared off against Godzilla in the originally named 1974 movie Godzilla vs. Mechagodzilla, where Mechagodzilla turns out to be an alien super weapon designed to destroy/enslave mankind.