Invading plastic particles have been identified in a number of German beers threatening the country’s historic beer purity laws. 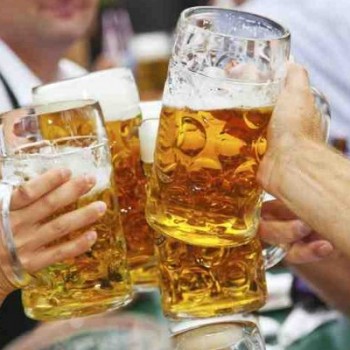 All of the country’s biggest beer and mineral water brands tested were found to contain microscopic plastic fibres, according to a report by The Local, research released on Tuesday and commissioned by consumer rights magazine programme Markt has revealed.

Pilsner was the worst affected beer with an average of 78.8 particles per litre, followed by Munich’s Paulaner wheat beer at 70 and Warsteiner Pils at 47, while mineral water was found to be less affected.

Microplastics are small particles found in the environment  which have become of particular concern to the marine environment polluting lakes and oceans.

Plastic particles can be found not only in food and drink but in the air, according to Professor Gerd Liebezeit, the study’s lead researcher.

No danger to human health has as yet been identified with the particles, however Professor Stephan Pflugmacher, an ecological toxicologist from the Institute for Ecology at Berlin’s Technical University, told Markt, “micro-plastic will sooner or later represent a danger to us.”

Pflugmacher’s research looked into the effects of plastic particles on mussels finding that over time high concentrations can kill the organisms.

Both the German Brewing Federation (DBB) and the producers of the mineral waters involved have launched their own investigations into the plastic content of their products.

Germany’s 500-year-old beer purity law states that the national beverage can be made from only four ingredients – water, hops, malt and yeast.