An extremely rare, limited edition, Cognac using spirits that pre-date the arrival of phylloxera is to be launched later this month. 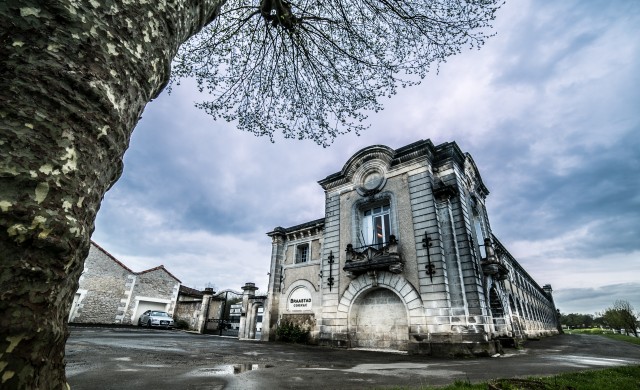 “L’Esprit de Tiffon” is a new release from the Tiffon Cognac house (pictured) and uses a range of rare distillates from the estate’s private cellar, all of which pre-date phylloxera which appeared in the Cognac region around 1875.

“We could not offer this exceptional liquor to Cognac lovers if it had not been for my grandfather, who bought very old eaux-de-vie in the 19th century and kept them in his private collection. The Cognac is part of my family’s heritage. The spirit of the place, the spirit of Tiffon, is inside each bottle of the liquor,” said Richard Braastad, maître de chais of the Tiffon house.

“To find a blend, that is made entirely from pre-phylloxera Cognac, basically doesn’t exist. It’s a window into another time, something that just wasn’t available. Until now,” added Edward Bates, an expert from the Bureau National Interprofessionnel du Cognac,

Only 150 decanters of the Grande Champagne Cognac will be produced and launched on 17 June in Poland at the same palace where Napoleon first met Countess Maria Walewska who later became his mistress.

Each decanter is engraved and comes in a specially designed case along with a book by renowned Cognac expert Nicholas Faith on Tiffon Cognac and its owners the Braastad family, as well as the history of the Cognacs used in the production of l’Esprit de Tiffon.

According to Faith, l’Esprit de Tiffon has, “floral notes, it’s elegant, it’s rich. It is delicious. What is ridiculous about it is that Cognac well over the century-old is still so young.”

The Cognac was created for Wealth Solutions to offer to their customers. Wealth provides “demanding connoisseurs and collectors” with exclusive wines and spirits, works of art and other collectibles.

Founded in 2007 it boasts more than 7,000 clients and has previously offered rarities such as 1953 Glenfarclas, 1964 Karuizawa one of the oldest Japanese whiskies in the world and one of the oldest Scotch whiskies ever offered as well as Glen Grant 1948 by Gordon & MacPhail.

The launch of the l’Esprit de Tiffon can be watched online on the Wealth Solutions website, while a preview video about the Cognac can be viewed here.