The maker of a “transformational” wine access system that allows users to pour wine without popping the cork has halted sales and told customers to stop using its product after it caused a number of wine bottles to explode. 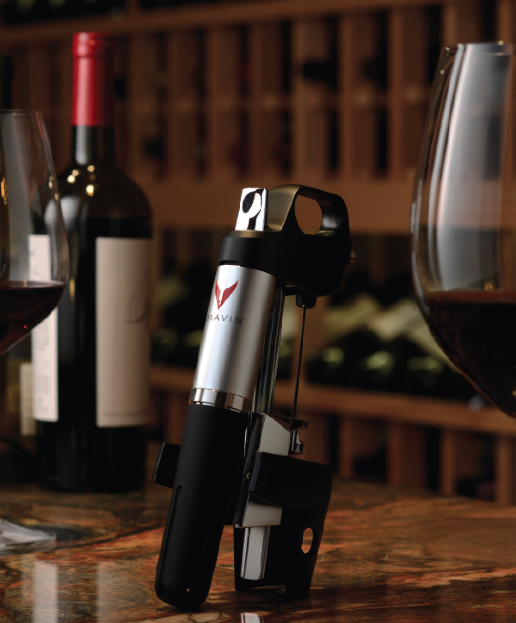 Coravin’s $300 wine access system uses argon gas to extract wine out of a bottle without popping the cork, helping to protect the wine from oxidation and leaves the wine to evolve naturally.

The system had been praised by the industry and branded a “game changer” with wine expert Robert Parker calling it, “the most transformational and exciting new product for wine lovers that has been developed or invented in the last 30-plus years.”

However concerns over its safety were this week confirmed with Coravin revealing it had received reports of seven bottles exploding – one having caused injury to a user.

A statement posted on its website yesterday read: “It has come to our attention that, in certain circumstances, wine bottles can burst when used with the Coravin System, presenting a risk of lacerations. We believe the likelihood of this occurrence is very rare since wine bottles are designed to withstand significantly greater pressure than the low pressure the Coravin System places into the bottle. Nevertheless, Coravin has now received seven reports of bottles bursting including one report of a laceration.

“We have voluntarily reported these incidences to the US Consumer Product Safety Commission (CPSC) in anticipation of a recall. We have submitted a Corrective Action Plan to update the Coravin System instructions and warnings and will provide all existing and future customers with a remedy package that includes a neoprene wine bottle sleeve for use with the Coravin System.

“We have voluntarily stopped selling and shipping Coravin Systems until we can fully implement an approved Corrective Action Plan. We are hopeful that in the next 30 days Coravin will be receiving, processing and beginning to ship remedy packages to our customer base. Once we have received approval for the Corrective Action Plan we will begin shipping Coravin Systems containing a wine bottle sleeve. We hope this disruption will be over in July and apologize to you for the inconvenience.”

The Coravin system works by passing a thin, hollow needle through the foil and cork and into the wine.

The bottle is then pressurised with argon, an inert gas used by some winemakers, with the pressure from the argon pushing the wine back through the needle and into a glass without any oxygen getting into the bottle.

Once the needle is removed, the cork naturally reseals itself and the remaining wine “continues to evolve naturally”.