Consumers of imported wines in China have doubled to 38 million in the last three years marking the emergence of a “new Chinese wine drinker”,  according to a report by Wine Intelligence (WI). 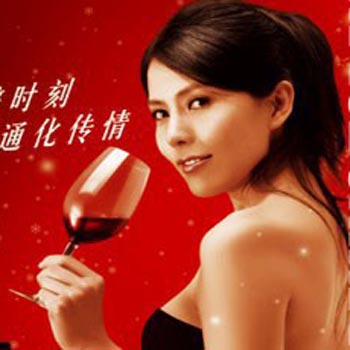 Those aged in their 20s and early 30s appear to be driving the trend, with many younger drinkers looking to demonstrate greater sophistication by drinking wine over beer, tea or baiju, according to the WI’s China Wine Market Landscape Report 2014.

The report noted China’s changing wine market with the range on offer having “expanded dramatically” over the last four years, and supermarkets now far more diverse in terms of price, style and origin.

The growing impact of e-commerce has also helped push imported wines to the forefront of the Chinese wine market with 47% of Chinese imported wine drinkers confirming that they had bought wine via the internet in the last six months.

However the biggest driver appears to be the gradual drop in the price of imported wines allowing the category to open up.

A spokesperson said in the report: “In general prices of imported wines have been falling. Sometimes this is because of favourable bilateral trade deals which cut some of the excise duties, in other cases because costs have been squeezed out of the system by buying and shipping bulk and in a few cases because financially-strapped distributors have been desperate to shift unsold stock which was generally overpriced in the first place.

“At this level imports are competing directly, for the first time, with local mainstream brands like Great Wall and Changyu.”

“For about two years now we have been talking about China moving to “Wine Market 2.0”, which promised a more broad-based, diverse and sustainable business model for imported brand owners, driven by the huge growth in disposable income among urban upper middle classes.

“While it hardly ranked as an outrageous prophecy, the proof of such predictions is often frustratingly slow in coming.”