Can Big Beer close the idea gap with craft?

If ideas changed the trajectory of beer brands — including craft beer — in the past, ideas can do it again. 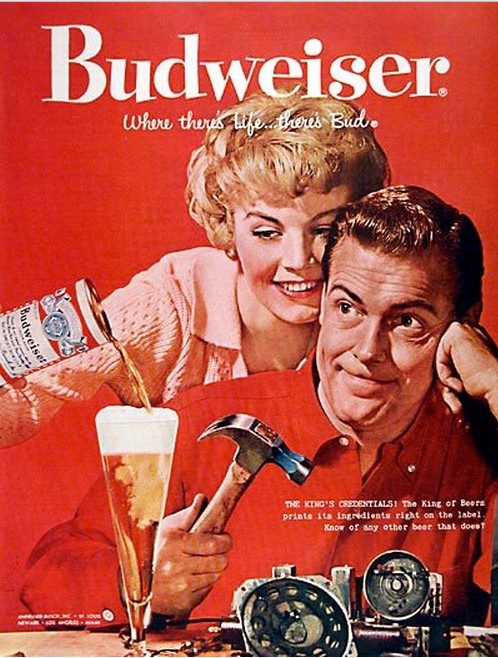 The currency of marketing

The currency of marketing is not currency. Yes, money matters, but it’s not what drives a brand. Ideas drive marketing. Big ideas, small ideas, and all the sizes in between. Disruptive ideas that re-jigger the status quo in a brand’s favor. Ideas that cause people to consider, or re-consider a brand. To think of a brand in ways they hadn’t before… with one result: Getting more of the other kind of currency pouring into a brand’s coffers.

One measure of how good a beer brand’s marketing ideas are is the extent to which beer drinkers engage with those ideas. By this I don’t mean the insipid “buzz” so highly valued by too many inexperienced and easily led marketing people these days. Unfocused chatter is meaningless. Advertising not built on an idea that gets people leaning toward buying the brand is pointless. That’s why Budweiser’s Super Bowl puppy was such a dismal idea: Lots of buzz, absolutely none of it having a thing to do with Budweiser beer, or why someone might be interested in taking home a six-pack. Or two.

Over the years, Big Beer had plenty of big ideas

Some of the noteworthy big ideas– ones that got beer drinkers to engage with a selling message– are shown here. Pick-a-pair of six-packs; everything you always wanted in a beer, and less; ice-cold when the label turns blue. Each one of these engaged beer drinkers, changed their behavior, and truly built the brand. 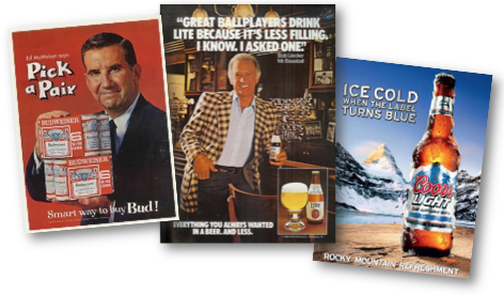 I remember the very first time I was served a blue-label Coors Light at a local bar. The barmaid excitedly volunteered the brand’s entire sales message, explaining in great detail as she poured from the bottle, “See, you can tell the beer’s Rocky Mountain cold because these mountains are blue!” Talk about engagement.

Based on how engaged beer drinkers are with a brand’s selling ideas, craft beers command the high ground nowadays. Social- media content is a good barometer. The bedrock craft-beer idea — locally brewed, more flavorful beer– has captivated drinkers. Self-identified beer geeks wax eloquent in keystrokes about their favorite craft beers; they know the names of the people who brew them; they know the ingredients and the brewing processes; they visit the breweries; they go to beer festivals… they are fully engaged. And they gleefully ridicule the big brewers’ “factory beer” and “tasteless” flavor. In response… well, there really hasn’t been a response. Online, Big Beer’s once-legion Bud men, Coors men and Miller guys are virtually… silent.

What would August do?

If ideas changed the trajectory of beer brands — including craft beer– in the past, ideas can do it again. Indeed, solid marketing ideas are a truly unlimited resource. All that’s necessary is the will to search them out, and the passion to settle for nothing less. If Big Beer is to regain some measure of marketing-idea initiative, who better to channel than August Busch III?

Back in the day, when a beer competitor somehow got the upper hand on Anheuser-Busch, no one was more determined to restore that upper hand to A-B, than August Busch III. That’s how Bud Light grew larger than Miller Lite, the pioneering light beer that enjoyed a commanding head start. When the beer wars got rough, August was up to the challenge. Ask a Budweiser wholesaler whether “Triple Sticks” would’ve been shy about returning fire on craft beer. No *@#&ing way.

Count me in August’s camp on this one.

It’s fun to think of the sort of ideas he might’ve championed to re-engage his Budweiser drinkers, and cause a bit of consternation among the craft guys. Budweiser would always take the high road. 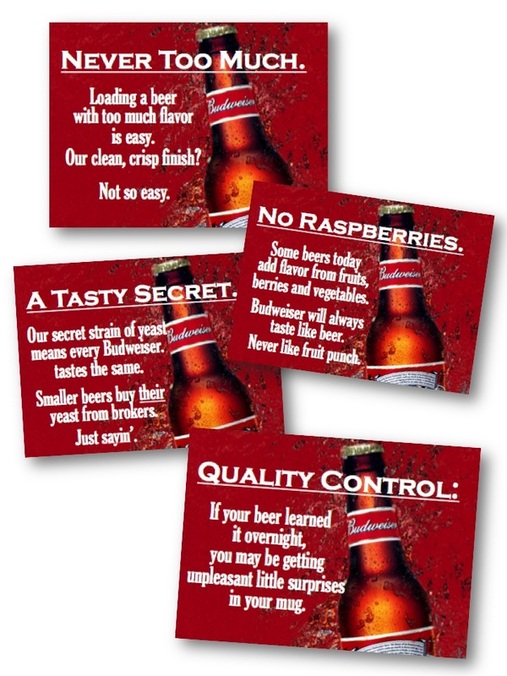 When circumstances demanded, and the gloves really needed to come off, August would use one of his second-tier brands in an attack-dog role. The competitor would be called out more directly, the selling points would have “sharper elbows.” To firm up his brand’s customer loyalty, not much would be off the table. Making light of the other guys might just work. Who has a defense against being laughed at? 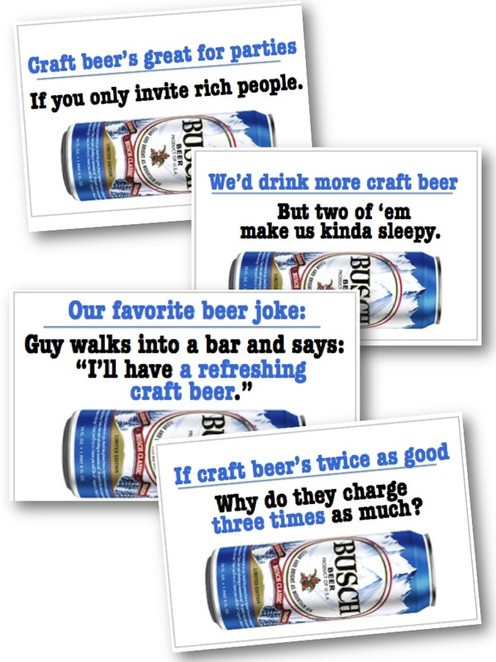 Would any of this reverse the craft beer tide? Wrong question. Better to ask whether this sort of messaging could stem the losses Big Beer’s brands have suffered. Could these ideas (or ones like them) help stiffen their drinkers’ loyalty? A good barometer here might be the pained shrieks and whining they’d prompt from the crafties.

Marketing has been compared to civilized warfare. If so, marketing ideas are weapons.

Maybe Big Beer ought to be a little less civil, and embrace its inner August.