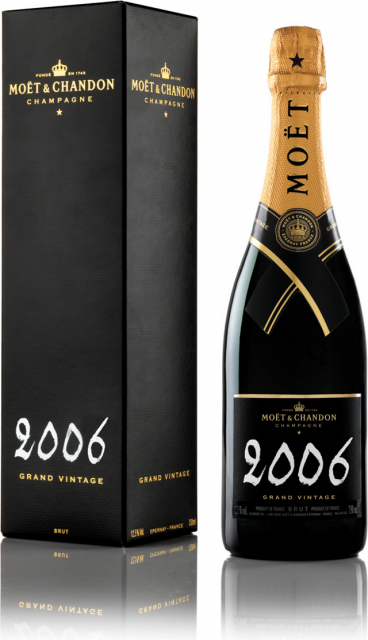 Having made the controversial decision to go against the grain and not release a 2005 vintage, LVMH-owned Champagne house Moët & Chandon has released its 2006 Grand Vintage, described by cellar master Benoît Gouez as “floral, expansive and succulent”. The release will be the first vintage from the house to boast the disgorgement date on the back label. A year of contrasts, 2006 saw the Champagne region suffer spring frosts and summer hail, followed by a July heat wave and a rainy August. The vintage was saved by a hot, dry September that led to sizeable yields and wines with acidity levels similar to the acclaimed 2002 vintage.
A blend of 42% Chardonnay, 39% Pinot Noir and 19% Pinot Meunier with a dosage of 5g/l, Gouez believes while Chardonnay excelled in 2006, the Pinot Meunier in the blend offers “the perfect balance” to the ripeness of the Chardonnay.

Developed in Bavaria by Riedel’s chief engineer, Franz Schmid, according to Riedel, the crystal glasses are break resistant, dishwasher friendly and suitable for daily use. “Veritas combines the charm of a handmade glass with the consistent accuracy only a machine made glass can achieve,” says Riedel’s 10th generation owner, Georg Riedel. 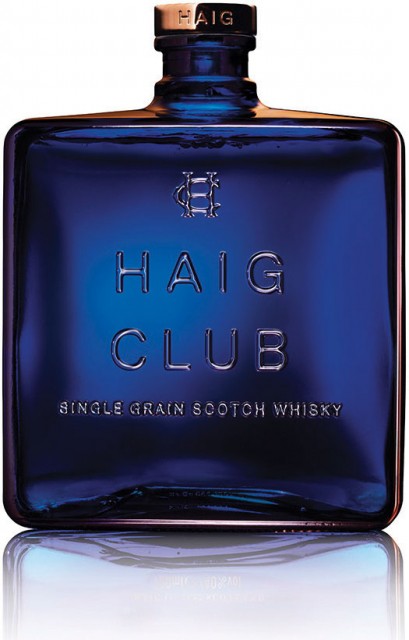 Hailing from Scotland’s oldest grain whisky distillery – the House of Haig – Haig Club Single Grain Scotch Whisky is made using a process that combines grain whisky from three cask types in order to create a “fresh, clean style that showcases butterscotch and toffee for an ultra-smooth taste”, which Diageo is hoping will bring new consumers into the whisky category. “The House of Haig has a rich history and I’m proud to be working at the heart of a home-grown brand which has built an incredible heritage over 400 years,” said Beckham, who will play a “fundamental” role in developing the brand.

Housed in an electric blue, square glass bottle with embossed writing and a copper stopper, Haig Club appears to take design cues from the fragrance industry

Its first vintage release since 2009, Madeira producer Blandy’s unveiled its 1988 Malmsey at the Big Fortified Tasting in London recently.

Aged in American oak for a quarter of a century, the fortified wine started its ageing process in the “Almond Attic” on the fourth floor in Blandy’s lodges in Funchal, where it remained until 1991. It was then placed on the second floor for two years before spending the remaining 20 years on the first floor of the lodges.

With only 1,589 bottles produced, seventh generation family member and CEO of the company Chris Blandy is understandably fired up about the release, dubbing it “one of the great Malmseys of its time”. He said: “We were excited about the potential of this wine when our winemaker presented it to the board last year, but we held onto it for a year after bottling to round out the prominent acidity.”

Echo Falls’ new look is, according to brand owner Accolade, designed to “shake up the category” with the revamp focused on optimum shelf standout. “The new designs contemporises the feel of the wines, adding a touch of fun, while emphasising the femininity and personality of the range,”

Echo Falls’ marketing controller, Amy White, said. “We’ve included a larger label shape, an increased focus on taste descriptors, a new gold neck seal and increased use of colour to add vibrancy. All of these factors, along with the introduction of a butterfly motif on the label now clearly differentiate Echo Falls from its competitors and supports a higher price point for the range,” she added.

The Latin motto comes from the family crest of Gramp & Sons. The brand is named after former managing director, Hugo Gramp. “Vetus” refers to the 200 million year old Barossa Valley soils, while “Purum” reflects the terroir of Coonawarra. “These have been incredibly special wines to make, and I took care to follow Hugo’s guidance by selecting only the finest fruit from ancient and pure terroir,” said St Hugo Wines’ chief winemaker, Sam Kurtz.

With Provençal rosé sales booming both in the UK and in its heartland in France, a new brand is hoping to grab a slice of the pink-coloured pie. Enter Cloud Chaser, the brainchild of Sovereign Brands, which counts hip-hop mogul Jay-Z’s favourite fizz, Armand de Brignac, among its creations. This premium AOC Côtes de Provence rosé, produced by an estate in Var dating back to 1923, recently made its UK debut at Selfridges. 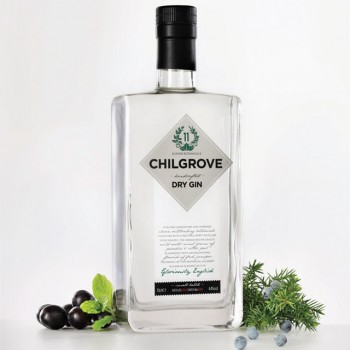 Sussex-based craft distiller, Chilgrove, has created the first English gin made from distilled grapes ahead of World Gin Day on 14 June.

Crafted by eighth generation master distiller Charles Maxwell, Chilgrove Dry Gin is made using 11 botanicals including sweet orange, coriander seeds, winter mint and “grains of paradise” (a member of the ginger family) from a base of neutral spirit distilled from grapes, rather than cereal, which its makers, Christopher Tetley and co-founder Dr Celia Beaumont-Hutchings, say gives the 44% abv gin a “smooth and elegant” character.

Tetley comments: “English gin as we know it has its roots in 16th century Holland and is derived from the juniper-based drink jenever, which was originally made using alcohol distilled from wine. This is the first time Charles Maxwell has distilled a gin using this method.
The result is a refined and elegant style of gin with sophisticated, approachable flavours.”

The 46% abv single malt is non-chill filtered for extra body and texture. “Having spent 20 years travelling around France in search of casks to complement the extra maturation of our whisky, some of my most memorable visits have been to Burgundy, where the attention to detail that goes into their craft never ceases to amaze me,” says Glenmorangie’s master distiller, Dr. William Lumsden. 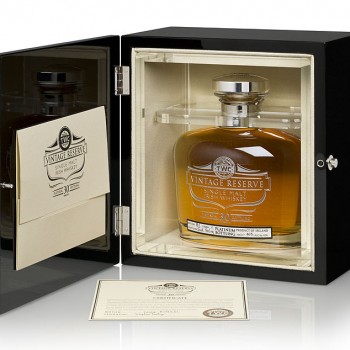 Just 250 bottles of Teeling’s Platinum Reserve 30 Year Old, double distilled in 1983 and left left to rest for over 30 years in a Bourbon cask, have been produced making it one of the oldest and rarest Irish whiskeys in the world.

Blended from the Irish distiller’s Vintage Reserve collection, Teeling claims it is the oldest single malt Irish whiskey in the world.

Its launch comes alongside the release of its 26-year-old Gold Reserve, a single malt Irish whiskey doubled distilled in 1987 and aged firstly in Bourbon and then white Burgundy casks.

Jack Teeling, founder of the Teeling Whiskey Company, said: “We are extremely proud to be able to release some of the oldest ever bottlings of Irish Single Malt with our Vintage Reserve Collection.

“These offerings are central to our goal to play the lead role in bringing an independent voice back to the Irish whiskey category and will help drive diversity in the category by introducing interesting and unique small batch bottlings of Irish whiskey.”

Both products will be available initially through Dublin Airport and the Celtic Whiskey Store, to be rolled out later to select international markets and travel retailers.