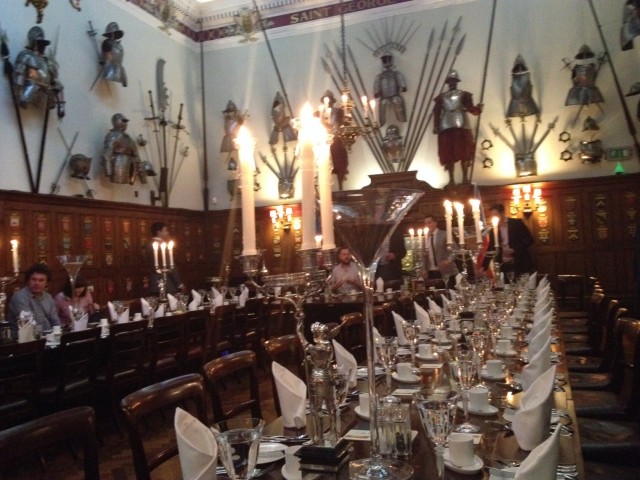 Team db attended a beer banquet hosted by Czechoslovakian beer Krusovice at London’s Armoury Hall on Thursday. Guests were treated to a sumptuous three-course dinner of salmon terrine, beef goulash and dumplings all washed down with some delicious beers. The evening’s entertainment ended with a theatrical catwalk showcasing both decorative and protective armour through the ages. 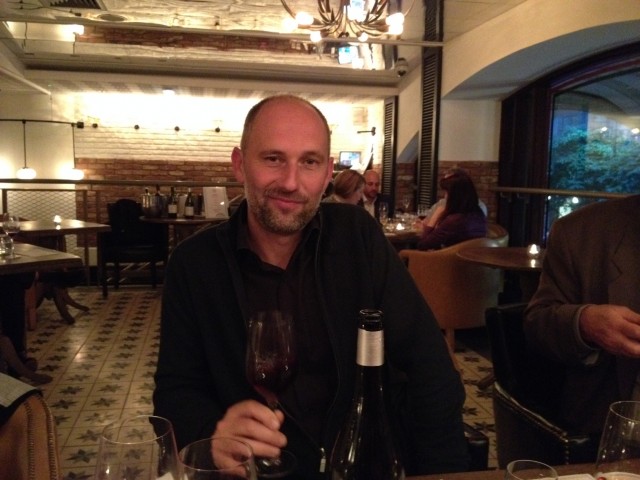 Earlier in the week db caught up with Spanish winemaker Franck Massard, former UK best sommelier and founder of Epicure Wines, at a recent dinner hosted by wine merchant Enotria at Ibérica in Canary Wharf. 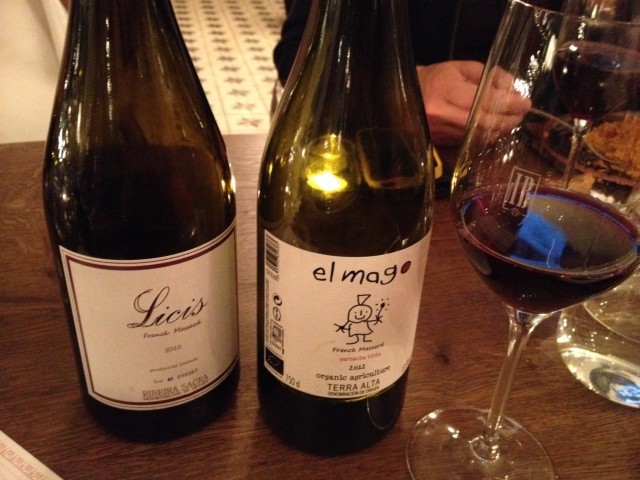 Guests enjoyed several glasses of Franck’s wines alongside a delicious menu of Spanish tapas including mussel and red gurnard pate, paella and twice cooked lamb. El Mago, which means wizard, was named after Franck’s two young children, Maya and Hugo, with Hugo designing the image for its bottle. 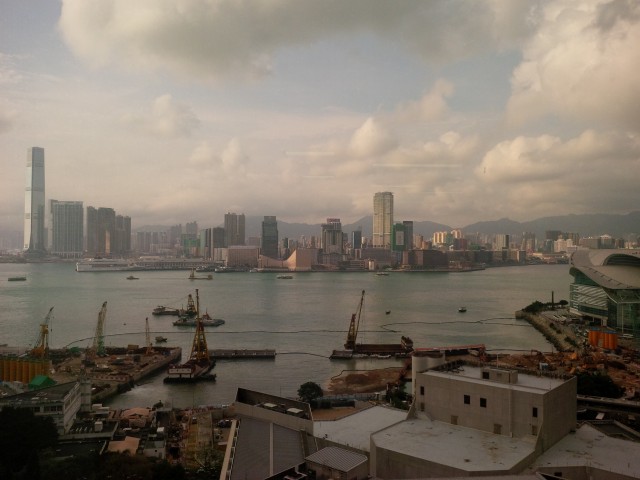 This week saw db‘s Rupert Millar jet off to Hong Kong where he will be working on the drinks business Hong kong edition. He rather likes the new view from of his office across Victoria Harbour to Kowloon (note the all important Exhibition Centre on right where Vinexpo will be taking place in just over a week’s time). 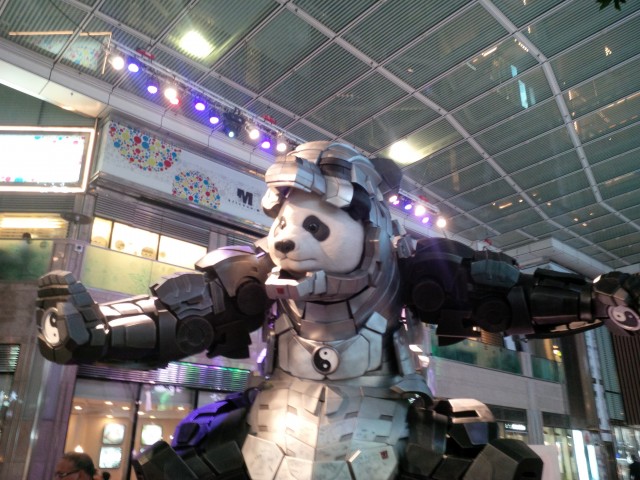 Kung Fu Panda eat your heart out. Rupert wasn’t sure what this was meant to be, just one of the stranger things to be found in Kowloon perhaps – a 26-foot tall “Iron Panda” in a shopping plaza, apparently a harmonious blend of pandas, tai chi and, Marvel action hero, Iron Man. 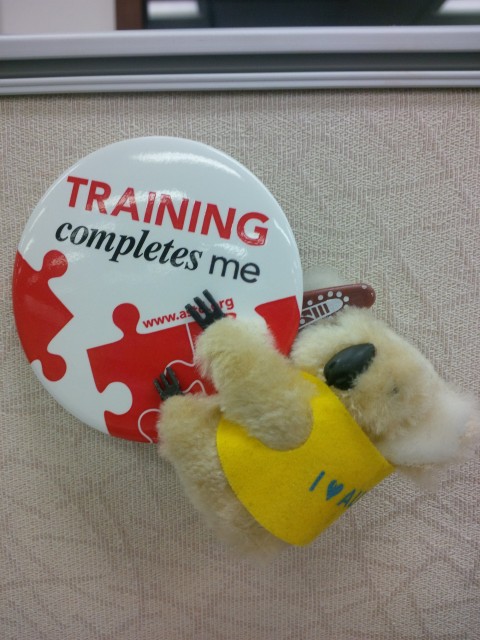 A cuddly koala with an inspirational message now helps get Rupert through the day…he’s not entirely sure about the badge though, something more wine related is perhaps needed (all contributions welcome). 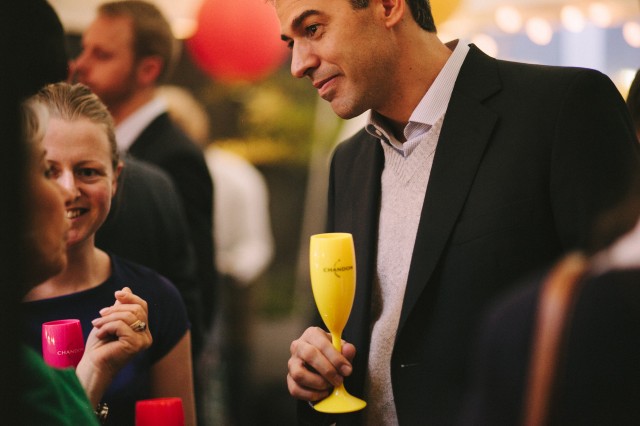 Chandon winemaker Gustavo Sanchez made the journey from Argentina to London for last night’s official launch of the sparkling wine brand in the UK. Brand owner LVMH is planning a push for the white and rosé styles this summer as it seeks to capitalise on a “sweet spot” for the sparkling wine category between entry level and Champagne.

The Hogs Back Brewery in Tongham, Surrey, hosted a hop planting day on Monday during which brewery workers, hop experts, press and locals alike helped to plant White Bine and Cascade hop varieties into a field just beside the brewery. At the end of a long but very educational and fun day, the local vicar blessed the newly unveiled hop garden.

Official wine partner to BAFTA, Villa Maria wines from New Zealand, hosted an intimate lunch for television entertainer, actress and singer Cilla Black on Tuesday at Hotel Chocolat’s restaurant Rabot 1745.  It was held in honour of the special award that she will be given at the Arqiva British Academy Television Awards in 2014 on Sunday, May 18 in recognition of her contribution to entertainment over her 50-year career. 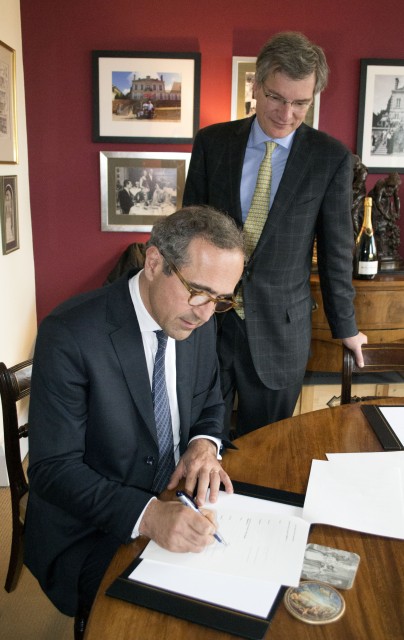 The Institute of Masters of Wine announced this week that the Madame Bollinger Foundation had become a principal supporter of the Institute. Already involved in the Institute’s activities as a Major Supporter, this elevation sets the Foundation alongside AXA Millésimes, the Austrian Wine Marketing Board and Waitrose as one of the major partners in its international work.The Madame Bollinger Foundation was founded by Lily Bollinger’s nephew Christian Bizot in 1987 with the aim to “promote excellence in oenology and to foster quality, education, professional qualification and ethics in all matters relating to wine at an international level.”

Bill Nanson came to London this week to give a talk to the Circle of Wine Writers about a particular wine fault he believes in. A taint particularly effecting 2004 and 2011 Burgundies caused, he thinks, by infestations of Ladybirds in Burgundy during those years.

The week also saw the AGM of the Circle of Wine Writers elect its new Chairman, Jim Budd. 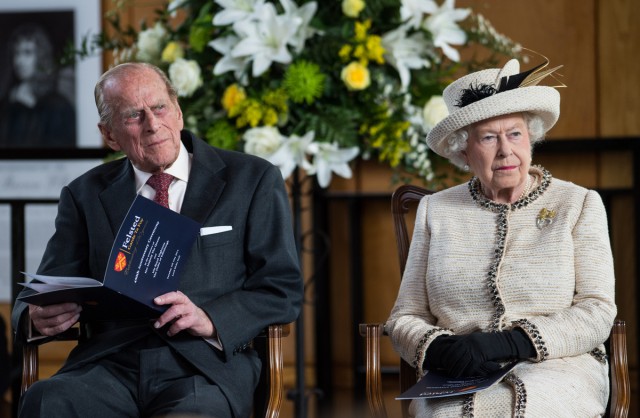 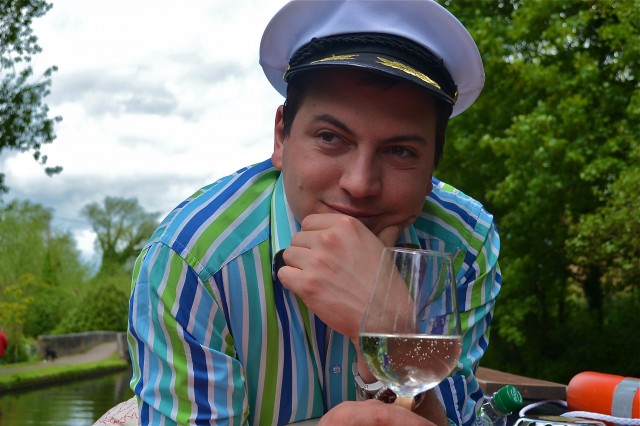 O captain, my captain! Tobias Gorn, tasting manager of The Whisky Shop in Piccadilly took to the high seas (well, the Grand Union Canal) this week with fellow industry friends Jimmy Smith of The West London Wine School, Matthew Wickstead of The Wine Cellars in Fulham, and db’s own Lucy Shaw. We’re happy to report that no one fell in.

In keeping with the current trend for injecting a dose of fun into fine dining, multi Michelin-starred chef Alain Ducasse opened the Mediterranean-inspired Rivea this week at the Bulgari hotel in Knightsbridge where the plates are small, the staff wear Converse trainers and rosé is theatrically poured from Jeroboams. 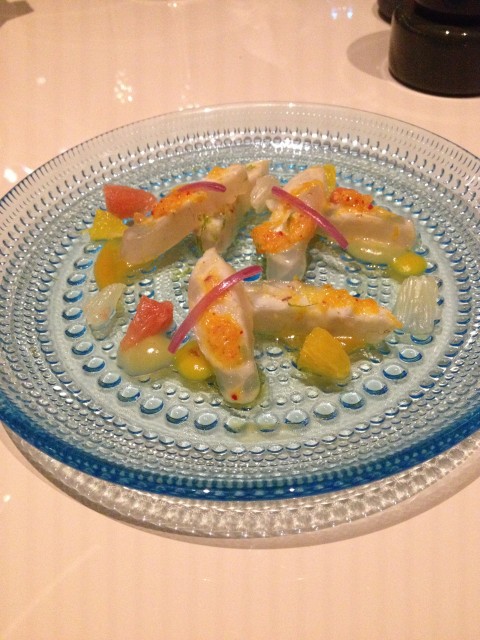 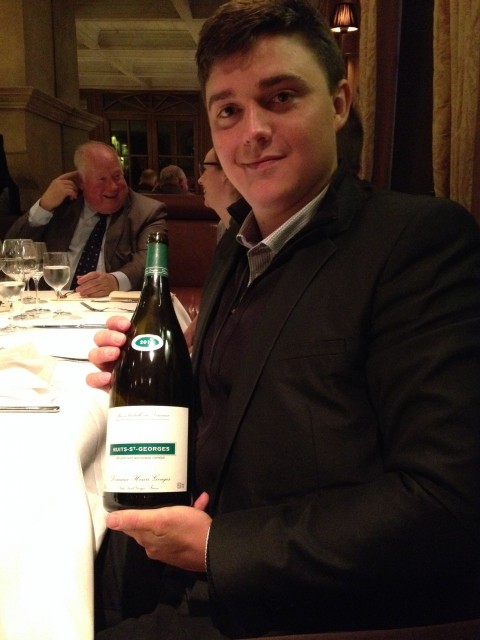 db was lucky enough to dine at what is often touted as London’s most romantic restaurant, Clos Maggiore in Covent Garden this week. Holding court was 26-year-old Antoine Gouges, who runs the show at Domaine Henri Gouges in Burgundy’s Nuits-Saint-Georges with his 33-year-old cousin Gregoire. 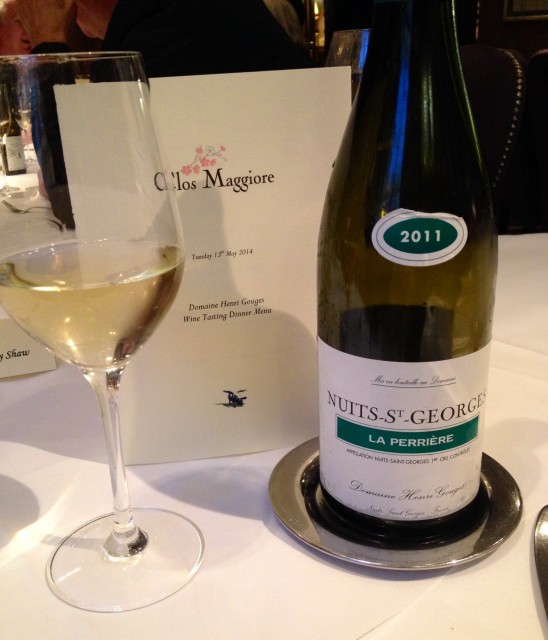 Among the many delicious wines on pour during the dinner, including 2005 Premier Cru Clos de Porrets St. George and 2008 Premier Cru Les Pruliers, was 2011 Premier Cru La Perriere Blanc, a rich and buttery white made from Pinot Blanc, which paired perfectly with lobster, scallop and prawn raviolo with wilted leek in a langoustine bisque. 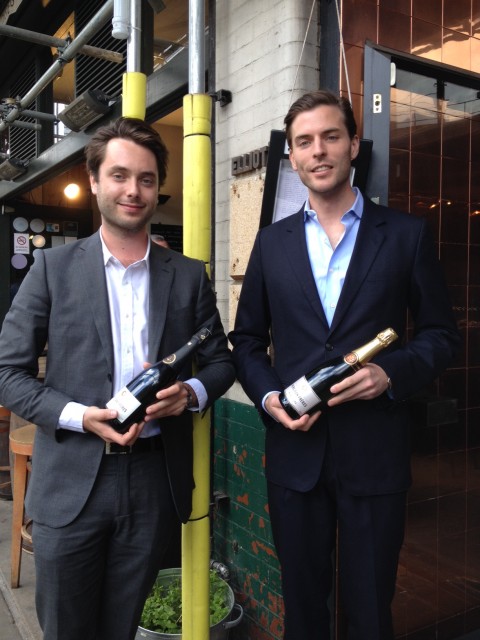 db was also treated to a flying visit from Champagne royalty this week in the form of Rodolphe Frerejean Taittinger (left) who was in town with his business partner Andrew Heald (right) to promote his Champagne, Frerejean Frères in an unusual manner… 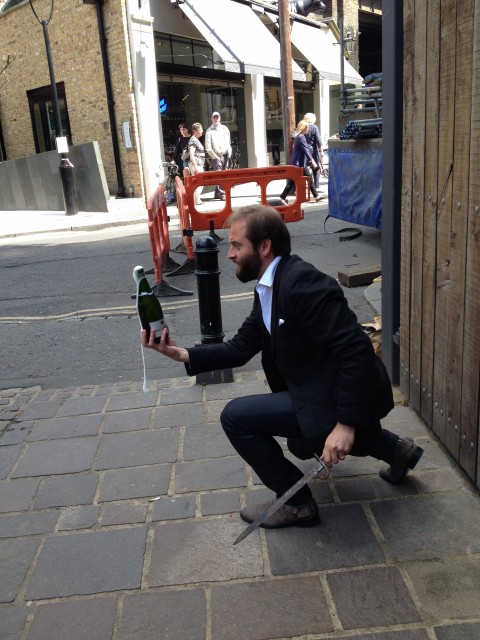 Swapping his signature crimson suit for a sombre black number, Tom Harrow aka WineChap introduced db to Champagne Frerejean Frères in style by sabering a bottle in Borough Market to the gasps of intrigued onlookers. Clearly a skilled swordsman, Harrow managed a clean cut.