If Jesus was alive today he would drink fine wine and beer, says a priest and author of a new book, The Beer Drinker’s Guide to God. 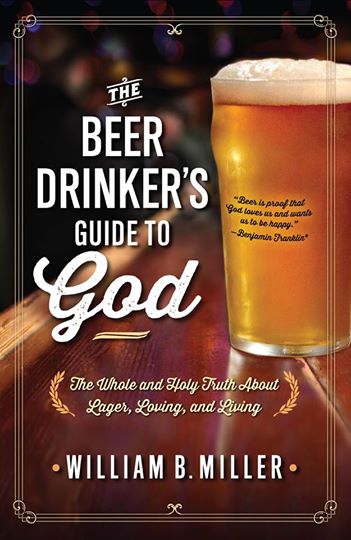 Father Bill Miller, a writer, bar owner and Episcopal priest from Texas, who currently lives in Hawaii, counts God and “strong drink” among two of his favourite things, and has imparted his wisdom for how both can live side by side his most recent book.

The book contains a series of humorous essays by the priest-slash-bar owner including WWJD: What Would Jesus Drink?, Brewed Over Me and Distill Me, O Lord, Pearls of Great Price and Chicken Soup for the Hooters Girl’s Soul.

So sure is Miller of the value of beer that if Jesus was alive today, he’s pretty sure he would have turned water into beer rather than wine, had he not lived in Palestine, Miller said in an interview with Foxnews.com.

Despite criticism from religious leaders of his time, Miller said Jesus drank in moderation, a philosophy which he believes is just as valid today as it was then.

He added: “There are all kinds of good gifts that God has entrusted to us that we can abuse or misuse or become addicted to.

When he is not preaching to his congregation the unconventional episcopal priest, and the rector at St. Michael and All Angel’s Episcopal Church in Kauai, Hawaii, can be found serving drinks at Padre’s Bar in the trendy Texas town of Marfa.

The live-music venue, which he co-owns, is where the priest is said to have gained the inspiration for his book, The Beer Drinker’s Guide to God, which claims that through beer and alcohol, the “true nature of God can be revealed”.

Speaking to foxnews.com on the son of God’s alcoholic preferences, he said: “Obviously if he turned the water into a good wine he had no problem with quality, but he was also very much aware and appreciative of his particular context.”

And it seems Miller is not the only one to have brought together the world of religion with that of booze.

Theology on Tap is a program of lectures sponsored by a number of Catholic dioceses, which sees ministers take the church into bars, pubs and restaurants, where Miller says some of the best pastoral care can be given to those who would not be likely to “set foot in a church.”