Indonesia is threatening to slap plain packaging on wine and spirits from countries that put plain labels on cigarette packets. 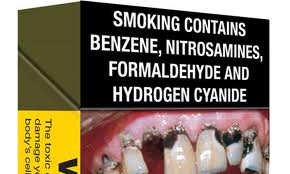 According to the Australian Broadcasting Corporation, in Indonesia there have already been calls to introduce the proposals and use it to target Australian wine following that country’s imposition of plain cigarette packets in 2012.

Cigarette packs in Australia are not allowed to bear a brand name and instead are covered in health warnings about the dangers of smoking.

Tobacco is one of Indonesia’s biggest exports, worth over AU$700 million a year, and the country is just one of several including Cuba, Honduras and the Dominican Republic, taking Australia to the World Trade Organisation over its anti-smoking policies which they say constitute a breach of trade and intellectual property rights.

With New Zealand also debating introducing plain cigarette packaging it is thought that Indonesia will call for similar restrictions on wine from there as well.

Meanwhile, The Scotsman recently noted that with the Scottish government (and the Westminster Parliament) planning to debate a similar measure, there was a possibility that Scotch whisky might be dragged into a “trade war”.

Although Indonesia only accounts for around $2.4m or 0.1% of Australia’s $2bn wine exports, any such move would be a severe blow to the drinks industry with wine consumption beginning to grow in Indonesia as well as Diageo’s former CEO, Paul Walsh, identifying it as one of Asia’s next big whisky markets.

Nonetheless, Steve Guy, general manager of trade and compliance at Wine Australia, told ABC that he thought the scheme unlikely to succeed as it could be argued it was a discriminatory measure.

“If alcohol is deemed to be hazardous to health, then it wouldn’t make any difference if that alcohol came from Australia, New Zealand, France, the US or Italy,” he said.