Hollywood heavyweights, Brad Pitt and Matthew McConaughey, bonded over a spot of balcony beer tossing after being bunked up in opposite hotel rooms, much to the delight of passing residents and paparazzi below.

Matthew McConaughey was relaxing on his New Orleans hotel balcony when none other than Brad Pitt emerged from his own balcony across the street.

On discovering McConaughey was his new balcony buddy, Pitt, in a very neighbourly fashion, threw a can of beer across the street to welcome the Dallas Buyer’s Club star to the neighbourhood, which he promptly cracked open.

The beer in question was reported to be a NOLA Hopitoulas, with the bizarrely mundane exchange, in which two of the world’s biggest movie stars staged the equivalent of a chat over their backyard fence, was captured by Buzzfeed.

McConaughey was in town with New Orleans Saints quarterback Drew Brees to film a segment for “The Amazing Race,” while Pitt and family own their home in the Crescent City.

You can watch the video below. 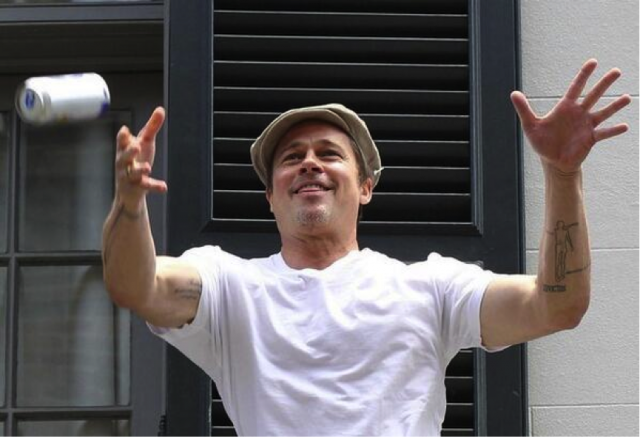