A book detailing the “golden days” of the drinks trade from the perspective of marketing professional and industry veteran, Tim Ambler, has been released. 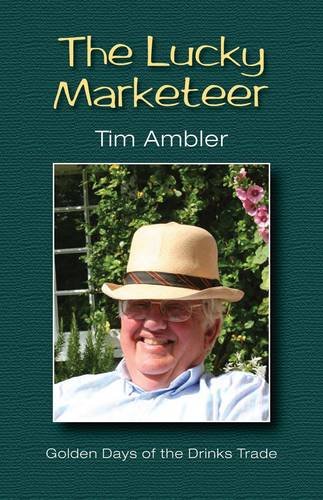 The Lucky Marketeer follows the professional and personal life of Tim Ambler from his early years at a prep school to the years spent working for International Distillers and Vintners (IDV, now Diageo), where he moved through the ranks of UK marketing to marketing director, to his days teaching at the London Business School and eventual retirement.

As marketing director, Ambler was responsible for advertisements for Smirnoff and global drinks brands including Baileys, Malibu, Piat d’Or.

In 1991 Ambler left IDV and taught marketing and research for the next 20 years at the London Business School, with previous books released including Marketing and the Bottom Line.

Despite his success, and being named “Britain’s greatest marketeer” upon his retirement by Marketing Magazine, Tim confesses he was part of “The Lucky Generation” which he describes as a time when “anybody could get a job, profit from house inflation and not have to fight a war”.

His latest book, The Lucky Marketeer, is a self effacing memoir of this experiences working within the “golden days” of the drinks industry.

The book is available from Amazon here, and from Country Books Direct here.