Around one in seven Brits are guilty of splashing out on online shopping when they’ve been drinking – spending a staggering £68 on average – with the most popular purchases including back-scratchers and Stetson hats. 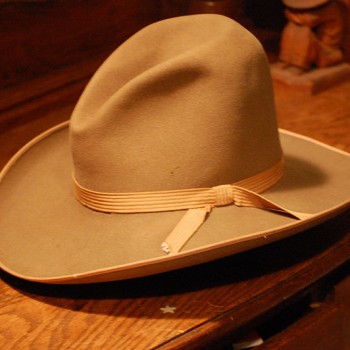 Research carried out by the charitable shopping platform Give as you Live found that 16% of people across the country admit to buying things online while under the influence of alcohol.

And it’s the blokes who are the guiltier culprits, with one in five fessing-up to booze-buying, spending an average of nearly £80. This is opposed to 13% of women, with an average spend of £58.70.

But the top tipsy-purchase is the comic ‘Lionel Rich-Tea’ mug, according to the survey carried out by Give as you Live, the charity that allows online shoppers to give to worthy causes as they buy.

Polly Gowers OBE, CEO and founder of Give as you Live, said: “We’ve been analysing online shopping behaviours for years and the purchases made after a tipple or two is really quite revealing.

“Of course, you can ease the regret of a booze-fuelled purchase by shopping via Give as you Live, safe in the knowledge that a percentage of whatever you buy goes to the charity of your choice, at no extra cost. For example, the purchase of the Stetson Hat could raise around £5 for your favourite cause.”