Top beers in the US and Canadian press

Bonnie Horgos, writing for the Santa Cruz Sentinel, picked this strong ale from California’s Discretion Brewing Company as her ‘beer of the week’, which she said was a “creamy delight with notes of vanilla and whiskey.”

She said: “Remember Butterbeer in Harry Potter? While I wasn’t old enough to drink alcohol when the series came out — I’m younger than you think — I always pictured the beverage as being rich, creamy and of course magical. I think Discretion Brewing hit the nail on the head with Good Faith. While the strong ale packs a punch, it teases you with slight notes of vanilla and whiskey (it was aged in a whiskey barrel). As a mere muggle with a thirst for beer, it’s nice to sip on something magical. This beer needs some cured, salty meat. I’m talking prosciutto piled on top of crusty bread.”

He said: “If you’re thinking April is the wrong season for a nice imperial stout, you’re clearly not living in the same town we all are. Seventeen also happens to be my favorite number and graced the backs of all my jerseys during my childhood days. (No real reason for that nugget, just a fun fact.) You pick up on the fresh mint nose right away, brightening up the deep earthy, roasty aromas that hang just a little lower in balance. The carbonation is fairly lively for a big stout and it accentuates the sharpness of the mint. As the beer warms, the mouthfeel gets creamier with less bite but never weighty.

“A really exceptional round chocolate sweetness emerges and begins to mellow out the mint from fresh-cut to–by the time you reach the end of your glass–pure Mint Meltaway. It’s beautiful to experience the balance of a beer change as you drink through it, which, in this case, should be done slowly, after dinner, in a comfortable armchair with your eyes closed. At 9.3% ABV that may seem like a tall order, but on these nights that should just be fucking warm already call for it. The finish is smooth and clean, with the bright and dark flavors swirling around each other and insisting on the next sip to bring about the full effect one more time. As for pairing possibilities, a fine mint truffle, seasonally appropriate Thin Mint cookie or pedestrian cup of mint chocolate chip ice cream will do the trick, but don’t fool yourself–this beer needs an accompaniment like Paul Simon needed what’s-his-face.” 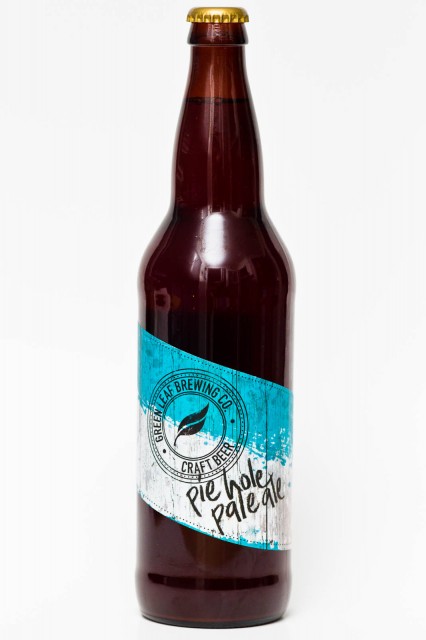 He said: “The aroma is thick with earthy, tangy hops and a rich, toffee-sweet, toasty malty base. There are also subtle hints of sun-warmed pine needles.

“On drinking, the caramel-toffee sweetness of the malt and citrusy hops washes over tongue. A chewiness builds from those rich malts, as tingly citrus-herbal hops highlights appear. This leads into a sturdy bitterness that builds at the sides of the mouth. Interestingly, this bitterness emphasizes the sweeter caramel notes, creating a beautiful balance. The mouthfeel is sumptuous, juicy, soft and gentle while the finish sports a poised dryness. But the flavour profile doesn’t stop there, with more gently tangy, herbal hops and chewy malt in the aftertaste.

“Overall, this is an incredibly well balanced, flavourful beer that demands another swig. If it doesn’t keep your Pie Hole busy then I’m not sure what will.” 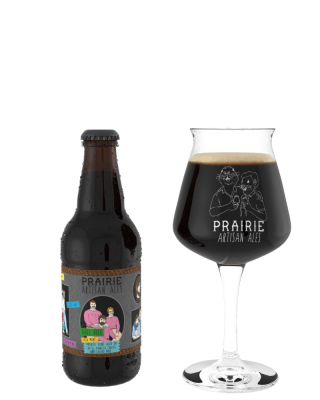 Bible Belt is a collaboration Imperial Stout aged on coffee, cacoa nibs, vanilla beans and chilli peppers created by two breweries in Arkansas; Prairie Artisan Ales and Evil Twin Brewing. Jason Henry, reviewing it in San Francisco’s sfweekly.com, said it was a “bruiser” of a beer with aromas of “burnt sugar and spicy chilli.”

He said: “Prairie Artisan Ales and Evil Twin Brewing both produce a number of cult favorites. The recipe for Bible Belt starts out as a tweaked version of Evil Twin’s “Even More Jesus” beer — a sludgy, creamy imperial stout with notes of chocolate, coffee, and dark fruit.

“From there, the brew gets spiced like Prairie’s beloved “Bomb!” beer, which prominently features cacoa nibs, chilies, vanilla, and chocolate. The result is a 13% abv bruiser with the flavors and aromas of burnt sugar and spicy chilies, layered on top of the already-decadent mocha bomb. The beer is dense, rich, and begging to be savored by a roaring fireplace. But we’ll happily enjoy it in the spring sunshine any day.” 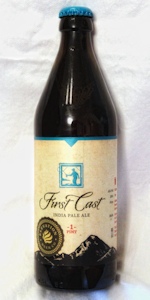 Natasha Gardner, writing at Denver lifestyle magazine 5280.com, reviewed this 6.5% IPA which she said had a “delightfully citrusy” aroma with hints of “lemon and apricot”.

She said: “On first smell, we weren’t disappointed. The aroma was delightfully citrusy, with hints of lemon and, even, apricot fruit. The pour was a lovely sunset orange. And, if we were ranking beer on those two factors alone, this might have been the perfect pint.

But the beer we remembered tasting in Poncha Springs lost some of its vibrancy in the bottle. The malts, which help even out the Chinook, Summit, and Zythos hops, take too much of a leading role for what we’ve come to expect from IPAs (particularly ones that boast being “a hop-forward west coast style American IPA”).

Now, that’s all fixable, and we’ll keep sampling First Cast to see how the recipe changes (or doesn’t). There are so many things right about this brew (the lacy head, the intoxicating smell), that with a little work, this could become a quintessential Colorado IPA.

Would we buy it again? While the brewery is tinkering, pair it at a dinner party with other Colorado IPAs (we suggest Avery Brewing’s India Pale Ale and Great Divide’s Lasso IPA) to see a wide range of approaches to this classic style.”