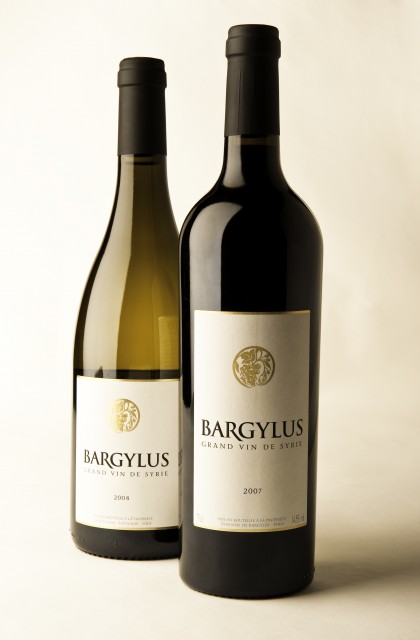 The wines, both made with the help of renowned Bordeaux wine consultant Stephane Derenoncourt, are enjoying growing sales in London, helped by support from Ronan Sayburn MS, former head sommelier for the Gordon Ramsay Group of restaurants.

Speaking to the drinks business earlier this year, Sayburn said he’d been “opening the eyes of a few sommeliers in London” to the wines from Johnny R Saadé Holdings, which include Syria’s only international wine brand, Domaine de Bargylus.

Explaining the decision to help introduce the wines to top London restaurants, Sayburn added, “I’ve been approached by a few wineries to do something like this, but I would only represent something quality-oriented with longevity – I would lose credibility unless I worked with a high quality project with a future”.

While France, above all Paris restaurants and retailer Lavinia, has been the main export market for the pair of wines, Sandro Saadé, who, along with his brother Karim manage the wineries, told db that UK would soon take top spot as the biggest market for Bargylus and Marsyas.

“We’ve being doing well in Paris and Dubai, and soon we will be in Switzerland, Belgium and Istanbul, but I think the UK will be the biggest soon.”

When asked why he was convinced that Britain would take the largest proportion of the business, Sandro cited the truly international nature of the wine trade in the UK as well as the booming London restaurant scene.

“The UK has a more open mind for new and foreign wines and it is happening here in London – the best restaurants and the best sommeliers are here, and economically London is doing great,” he said.

Despite the high number of Lebanese and Syrian restaurants in London, Sandro stressed that he was not targeting the “ethnic market”.

Instead, Sandro sees both his estates producing red and white blends that can hold their head high among international competition, although he also believes his wines are unique, with a personality connected to their respective sites.

Nevertheless, neither property is located in an easy climate for viticulture, although the challenges are different.

At Marsyas in Lebanon’s Bekaa Valley, Sandro says the concern is very high temperatures during the summer that can dry the grapes, while at Syria’s Bargylus, which occupies a 900 metre high site overlooking the sea, temperatures are cooler, but rain can be a problem.

“The climate is cooler in Syria that Lebanon – somehow Syria is less affected by the very warm and dry conditions we can get in Lebanon in Bekaa – but in Bargylus we are afraid of rain, and like in Bordeaux, diseases like botrytis,” he said.

But there’s a further and much more distressing challenge for the winemakers, and that’s the war taking place in the region.

And in the case of Domaine de Bargylus, since the conflict in Syria has intensified, it’s a site that not even its owner has been able to visit.

Indeed, during last year’s vintage at the estate, which comprises 20 hectares of vines in the Jebel el-Ansariyeh region, not far from the port of Lattakia, there was a clash just a few hundred metres from the winery.

“In August, just 2-3 weeks before harvest, fighting began 500 metres away, causing some panic and leaving bullet holes in the winery,” recorded Sandro.

However, he added, “Within a week the situation was solved and the combat shifted, so we were able to harvest.”

Nevertheless, he also commented, “for the time being, we can’t go there”.

As for his other winery in Lebanano’s Bekaa Valley, he described the area as virtually a “no man’s land” and “also extremely risky” as violence has spread from across the border, before stating, “the Lebanese side can be more dangerous”.

Furthermore, he explained, “We now have one million refugees from Syria in Lebanon, and Lebanon’s population is four million, so we have huge problems with water, food, as well as theft – Lebanon is paying the price big time.”

But such risk will not prevent France-based Derenoncourt visiting the Lebanese operation, which he does on average five times a year, where he also advises on when to pick at the Syrian property by tasting grapes brought in refrigerated packs by taxi – a 5-6 hour journey.

It’s testament to the dedication of Derenoncourt – who featured in db’s top 10 influential wine consultants – to this project, explains Sandro. “Stephane deals with it personally, he comes to Lebanaon every time… there is some risk and he is taking it,” he said.

Currently, both wineries produce a little under 50,000 bottles annually, and they both make a white blend using Chardonnay and Sauvignon Blanc – the former for “roundness” and latter for “freshness” explained Sandro.

As for the reds, both estates also make a blend using Bordeaux grapes and Syrah, although the latter grape dominates at Bargylus, while Marsyas puts greater emphasis on Cabernet Sauvignon. While neither wine currently contains Cabernet Franc, Sandro told db that he has planted the grape at Marsyas, and will use it in the blend for the first time in this year’s vintage.

He also hopes to increase the plantings of Syrah at both properties, describing the grape as “very well adapted to the climate”, as well as admitting to a personal love of wines from the Northern Rhône. Indeed, he added that he hopes to take cuttings of Syrah from the Côte-Rôtie for future plantings.

Aside from handling the challenges of building a brand in the London on-trade, Sandro has been dealing with the difficulties of getting his wines out of Syria.

Indeed, to get the bottles out of the country and into Europe, Sandro said he had to ship them to Egypt, before bringing them to Lebanon, and from there to Antwerp.

As for the London restaurant market, Pied a Terre is now doing Bargylus white by the glass, while The Goring is serving Marsyas red by the glass.

You can also find the labels, which are handled by Wine Story, at independent retailer Philglass & Swiggot.

For now though, Sandro said he is focused on just keeping the business going, and it’s been a long and slow process, especially the Syrian operation, which was started back in 1997 by Sandro’s father, whose dream was to produce fine wine from the country.

Sandro said it took as much as four years to find the right site in Syria, and ten years from planting to the first release of Bargylus.

As for the future, he summed up, “Eventually, we plan to plant more vines in Syria.”

Entirely new and high quality terroirs aren’t common in the world of wine, but the Saadé family, supported by Bordeaux’s Derenoncourt has found one.

If only it wasn’t in a war zone.