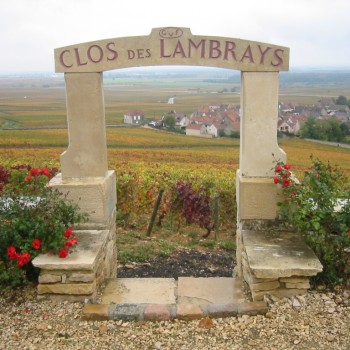 Clos des Lambrays, located near the village of Morey-Saint-Denis, is one of the oldest vineyards in Burgundy and the “largest grand cru of the Côte de Nuits region”, according to LVMH, covering 8.66 hectares.

The deal, which was sealed for an undisclosed sum, sees Louis Vuitton Moët Hennessy (LVMH) expand its portfolio of vineyards in Bordeaux, Champagne and the New World.

A spokesperson for LVMH said: “The passion, savoir-faire and constant pursuit of outstanding quality, in the service of an exceptional terroir, places the wines of Clos des Lambrays among the best in Burgundy.

“In accordance with the traditions and customs of Burgundy wine making, LVMH will ensure the future sustainability of the estate, which will continue to be led by Thierry Brouin, its chief winemaker for the last 35 years.”

The Clos des Lambrays vineyard, which makes about 35,000 bottles a year with an average retail price of €120 a bottle, can trace its winemaking heritage to 1365 when it was cited in the deeds of Citeaux Abbey, according to the vineyard’s website.

LVMH’s founder and chief executive officer, Bernard Arnault, is France’s richest person with a net worth of $34 billion, according to Forbes’ rich list.