Four of Hong Kong’s best bartenders have been shortlisted to compete in the national finals of Diageo’s Reserve World Class Bartender of the Year competition.

Twelve bartenders were put through their paces on 15 April taking part in blind tastings, written examinations, mixology and the production and history of luxury spirits, with four selected to go through to the next round.

The drinks making portion of the competition saw competitors create drinks to fit four categories; Martini Experience, with Ketel One vodka, After Dinner Cocktail, with Ron Zacapa rum, Tropical Cocktail, with Don Julio tequila, and Vintage Cocktail, made with Tanqueray No. TEN gin.

The winning bartenders, Austen Philip Lendrum from Honi Honi Tiki Cocktail Lounge, Alexander Ko from Fatty Crab, Gerry Olino from Lobster Bar & Grill of Island Shangri-La and Teresa Moon from OZONE, will join the existing six finalists to compete in the national finals on 13 May, with the winner of each going on to represent Hong Kong in the Global Final which will take place in London and Scotland from July 28 to August 1, 2014. 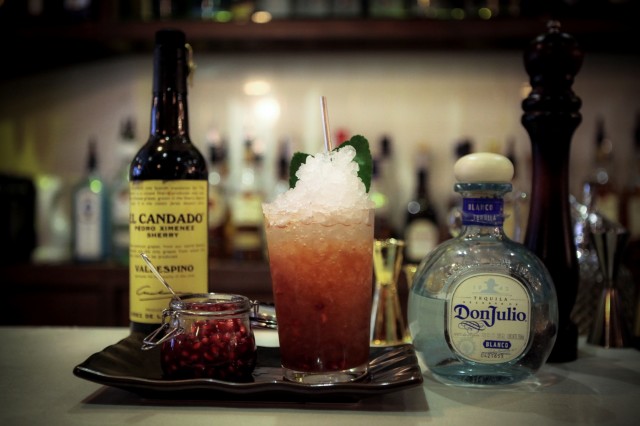 The Diageo Reserve World Class competition is now in its third year in Hong Kong, its sixth globally, and seeks to “elevate local cocktail culture” by challenging the rising stars of the trade to create “ever-more creative drinks”.