Carlsberg is making its first move into the “hard drinks” category with a new alcoholic lemon drink aimed at young men. 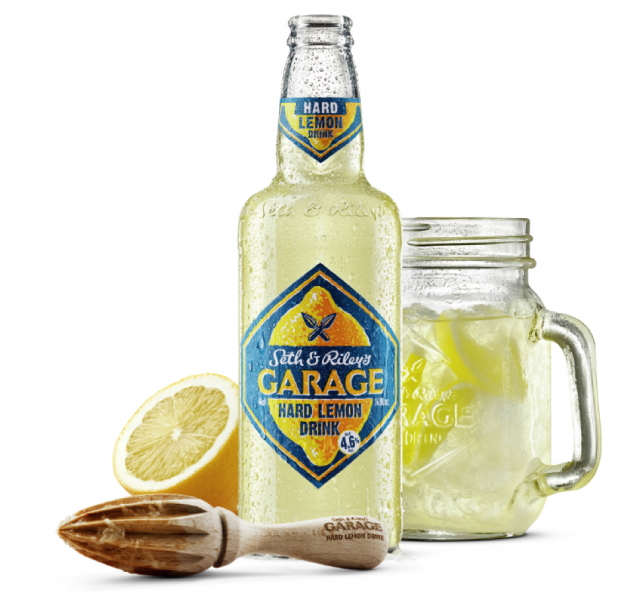 Typically known for its beer, Carlsberg is set to launch Seth & Riley’s Garage, a 4.6% abv lemon beverage inspired by the USA’s traditional ‘made-at-home’ lemonades, initially in Russia and Canada.

Aimed at young men aged 25 and over, Carlsberg believe the beverage offers an alternative to “standard alcopops” and that its “perfectly balanced bittersweet taste and rustic appearance” differentiates it from competitors.

The drink, which carries the tagline “Kind of genius. Kind of”, will be the drinks giant’s first foray into the “hard drinks” category which in the US is worth $1 billion per annum.

Valeria Krynetskaya, innovation platform director at Carlsberg Group, said: “This is not only a great new product innovation, but it’s innovative in terms of its creative positioning, which we hope will establish engaging links with our consumer.

‘’S&R’s Garage will appeal to young, laid-back and relaxed young people aged 25 and over, who enjoy life. We are looking to those people who are confident, want to make their mark on the world in their own unique way, have a strong sense of their own identity and who are simply happy-go-lucky. As such, S&R’s Garage’s marketing communication will not only tap into this state of mind with wit and intelligence through a series of social films, but also through the full marketing mix. The bottles, which have been designed to look hand-made, have a ring pull and bars will be supplied with S&R’s Garage branded jars for consumers to drink from, thus creating a unique serving ritual to establish a ‘hard drinks’ category.”

The drink’s alcohol content comes from its naturally fermented sugars, with a 6-pack in expected to sell for around $14.

Krynetskaya added: “We identified a significant gap for a transitional drink for young adults from sweet beverages to more sophisticated tastes such as beer and wine. The majority of the current alcoholic drinks for this target group are overly sweet and use garish colours to appeal to a very young market. Our proposition is trendy and modern, in a mature and responsible way.”