Bacardi has confirmed that its president and chief executive Ed Shirley is retiring after just two years with the family owned company. 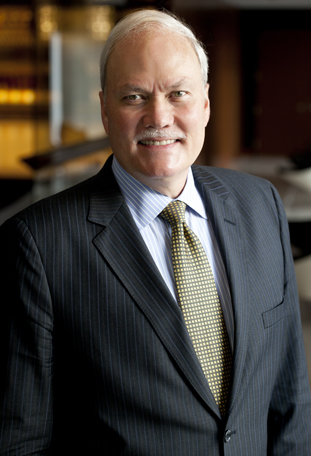 The board of directors said that it would be announcing an interim CEO while the spirits firm hunts for a permanent successor. In the meantime, however, company chairman Facundo L. Bacardi will take the reins of a business which employs nearly 6,000 people and sells its portfolio across over 150 countries.

Having joined Bacardi in 2012 from his previous role as vice-chairman of Procter & Gamble, Shirley put his experience behind global marketing campaigns for brands including Bacardi rum, Dewar’s Scotch whisky, Grey Goose vodka and Martini’s range of vermouth and sparkling wines.

It was also during Shirley’s leadership that the company added St Germain elderflower liqueur to its portfolio.

Announcing the news, Facundo Bacardi said: “Ed leaves Bacardi a stronger organisation from his dedication to the company and its brands. We thank Ed for his commitment and passion to Bacardi and we all wish him well.”