Australians are drinking less alcohol than at any time in the last 15 years with beer consumption dropping to a 69-year low, according to the Australian Bureau of Statistics (ABS). 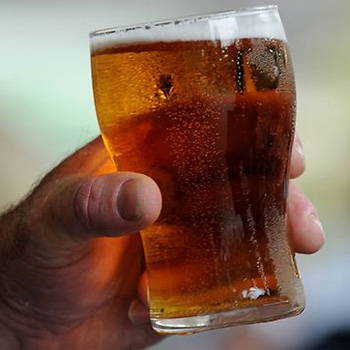 The ABS report said consumption of beer in the country had dropped to 4.04 litres per person over the last financial year, its lowest since 1945.

The decrease in consumption of beer has been attributed to changing tastes and the popularity of smaller serves of craft beer in Australia.

He said: “They’d rather have one or two beers that they really enjoy than a six-pack that is really only giving them some refreshment and a hangover.”

The study found that overall Australians are drinking are drinking less alcohol now that at any time in the 15 years.

Louise Gates, director of health from the ABS, said: “Across all alcoholic beverages, there were 9.9 litres of pure alcohol available for consumption in 2012-13 for every person in Australia aged 15 years and over.

The decrease was attributed to a downward trend in consumption of beer, while at the same time wine consumption has flattened out.

She said: “In terms of pure alcohol, consumption of beer has more than halved since the peak in the mid-1970s, and is now at the lowest level since 1945-46. For wine, there has been a steady increase in people’s consumption over the long term but recently this trend appears to have plateaued, and in fact, per person consumption of wine has decreased slightly over the past three years. Ready-to-drink beverages have also seen a drop over the past five years, while consumption of spirits has remained relatively steady.”

However while beer consumption might have dropped, it still accounts for the largest proportion of beverage consumption in Australia at 41%, followed by wine, 37%, spirits, 13%, and ready-to-drink beverages, 7%, while cider is estimated to account for 2%.