Pernod Ricard is bringing a splash of carnival colour to the Absolut vodka range as it launches the latest in a series of limited edition expressions for travel retail. 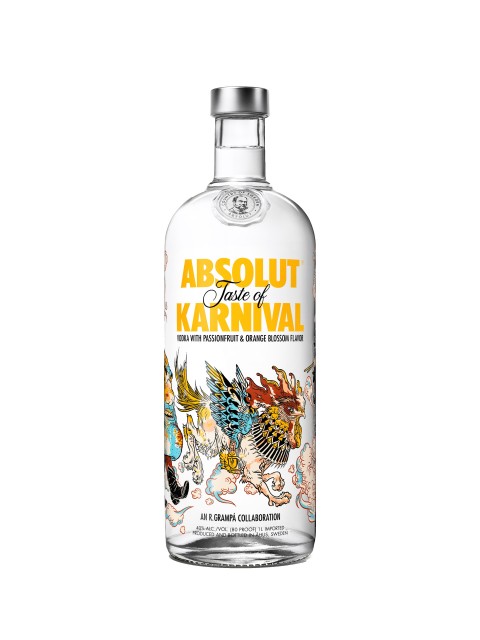 Absolut Karnival is flavoured with orange blossom and passion fruit, with a bottle designed by Brazilian graphic novelist Rafael Grampá.

The 2014 limited edition launches today in seven travel retail outlets around Europe, including Stockholm, Amsterdam, Frankfurt and Cologne airports, as well as the Nordic Scandlines border store. Throughout May, Absolut Karnival will feature in marketing activities at London Gatwick South Terminal and London Heathrow Terminal 3.

“Absolut limited editions have been a huge success within the Travel Retail channel, said Jenny Shipton, marketing director for Pernod Ricard Travel Retail Europe. “Each year Absolut conjures up an exclusive and totally unique blend of delicious flavours and by partnering with a gifted artist from anywhere in the world the artwork is guaranteed to be a collectable.”

Absolut Karnival follows on from a number of recent limited edition releases from the Swedish brand, including last year’s launches of Absolut Mexico and a denim-clad bottle designed to keep the vodka chilled. Earlier this year the team launched Absolut Oz in collaboration with Australian film director Baz Luhrmann.